The persisting impact of the COVID-19 pandemic saw some of Canada’s top banking institutions remain in the negative zone in the latest review by Fitch Ratings. Barring two financial corporations, the New York-based credit rating agency affirmed negative rating outlooks for five others on Thursday, January 14.

The Long-Term Issuer Default Ratings (IDRs), which is calculated as per the financial institutions’ assets, reverted the outlooks of National Bank of Canada (TSX: NA) and Quebec-headquartered Desjardins Group (DESJ) to ‘Stable’ from negative.

Banking Institutions With a Negative Rating Outlook in Canada: 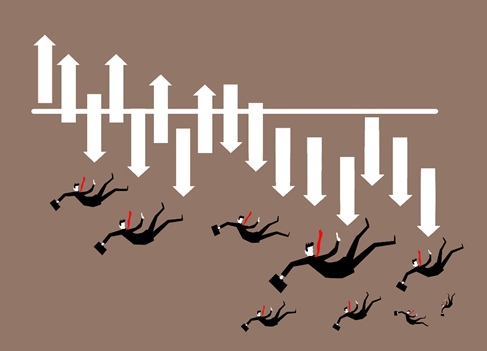 Fitch Ratings stated that although Canada’s banking network has “absorbed” majority of the pandemic-inflicted economic crisis, “unfavorable conditions” remain. These impacts, such as rising debt, increased unemployment and low interest rates, make it “unlikely” for Canada’s financial corporations to bounce back to their pre-COVID profitability before fiscal 2022, it said. The credit ratings body added that it also expects loan impairments in Canada to climb this year.

Financial institutions which rose to a rating outlook of Stable, i.e., National Bank of Canada and Desjardins Group, are adequately well-equipped to survive a “medium-term weakness” in their asset quality and profitability, said Fitch.

Despite the majority negative ratings, Fitch noted the top Canadian financial institutions recorded some of the highest ratings in its global bank landscape.