Cryptocurrency is decentralised digital money that can be used as a mode of payment for goods and services exchange.  While paper currencies like the US dollar or Euro require a central authority to manage and maintain currency value. Cryptocurrency doesn’t require any person or authority to manage its value; instead, this task is broadly distributed between a network of computer users. Individual ownership and transaction data are stored securely on the computerised database using cryptography, and this data cannot be manipulated.

Retail Investors can purchase cryptocurrency by opening a trading and investment account with the crypto exchange, which provides a wide range of services. The most viewed and popular cryptocurrencies, Bitcoin and Ethereum, are based on blockchain technology.

Let us have a look at the most viewed three cryptocurrencies:

Bitcoin is the first cryptocurrency launched way back in 2009, and it is the most popular and highest market cap cryptocurrency. Bitcoin is decentralised and based on blockchain, where each transaction is irreversible, and data is stored on public ledgers, making it hard to manipulate.

Most of the bitcoins token which is in the transaction is founded by the process of crypto mining. People who chose to mine the bitcoin work to solve mathematical transaction puzzles, and once the puzzle is solved, the user is rewarded with certain bitcoins. In the early days, even the average individual could solve the puzzle but now the big computing resource is needed as the bitcoin puzzle has become quite complex. Bitcoin Mining requires high configuration computers and a great amount of electricity to power them. Besides mining, bitcoin can also be purchased with regular currency on a crypto exchange. 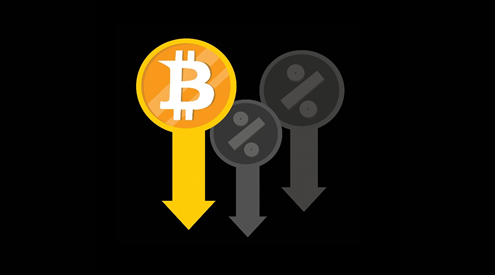 The supply of bitcoin is limited to 21 million coins only. As of March 2021, over 18 million coins have already been mined, which means less than three million bitcoins are not yet in circulation. Once all coins are in circulation, bitcoin miners will be rewarded a fixed fee to process the transaction.

Dogecoin coin was created in 2013 to make fun of the volatile nature of cryptocurrency. In recent times, the coin gained popularity in internet forums and social media and explode in value, gaining over 5000% in 2021. Dogecoin uses blockchain technology in which transaction data is stored on a digital ledger. At present, it is the eighth largest cryptocurrency by market cap.

Unlike bitcoin, which has a limit of 21 million coins, the maximum possible number of coins that can be created, Dogecoin is different as it has an unlimited supply of coins created by mining that makes it a highly volatile cryptocurrency. Dogecoin could devalue if the future supply of coins increases.

Ethereum is an open-source digital asset based on blockchain technology. After Bitcoin, Ethereum is the largest cryptocurrency by market cap. Users can build and run applications, create smart contracts on the Ethereum network, which are decentralised. Since ETH networks are decentralised, it provides user data protection compared to the server owned by Google or Amazon, where one company controls the user data.