What are the top five cryptocurrencies with the fastest growth in 2021?

The term "cryptocurrency" is no longer a catchphrase. However, countries worldwide are embracing this new type of currency and moving toward a digital payment system. As a result, investors are set to invest in the most revolutionary cryptocurrencies.

In the crypto space, some crypto keeps becoming the next crypto to watch out for. But 2021 has shown to be a tremendous year for crypto. 2021 has already led to be a year to remember, with more bull runs, celebrity tweets, and upgrade releases. The cryptocurrency market will continue to evolve rapidly, and there are no indicators that it will slow down. 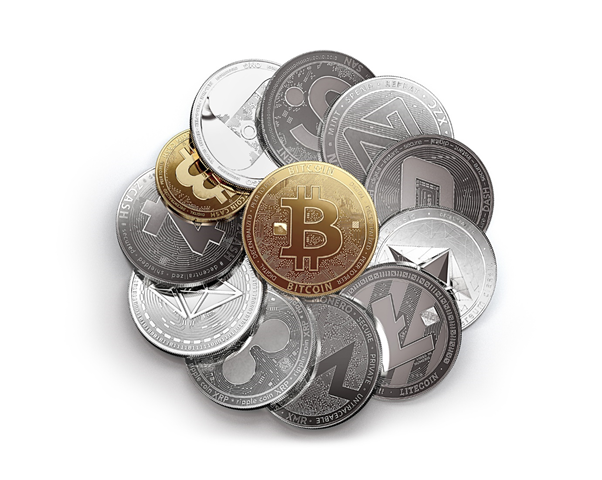 Related Article: Does Bitcoin even have a resistance level? Let’s find out

This article will look at the top five fastest growing cryptos in 2021 and why they're worth keeping an eye on.

Cardano is one of the top five cryptocurrencies and a fast-growing cryptocurrency. Cardano is notable for its early use of a proof-of-stake platform on which developers may design blockchain-based applications. This method minimizes energy use while speeding up transaction times.

Cardano is widely regarded as a competitor to the Ethereum network. It has been functioning in large volumes continuously in terms of being liquid. Decentralized apps and smart contracts are also possible with it.

While Cardano is comparable to Ethereum in functionality, it operates differently and has the fundamental goal of improving the world.

Furthermore, the cryptocurrency's market cap skyrocketed from US$600 million to US$10 billion in just a few months following its inception in 2017.

Ethereum is the second-largest cryptocurrency and has the most growth potential. This year, crypto has seen many all-time highs.

Because of its usage of smart contracts, Ethereum has become a darling among programmers. Furthermore, Ethereum has solidified its position in the crypto world due to many network upgrades and a thriving DeFi business.

Ethereum, which aims to decentralize the internet, offers developers a platform to build several popular dapps.

Polkadot has been one of the cryptos with the loftiest ambitions, even though there are several. Polkadot is a network that allows assets and data to be transferred between blockchain networks, enabling them to become interoperable.

Furthermore, the platform intends to establish a private, fully decentralized web that enables each network to be monitored independently.

There are significant benefits to using the platform, which may lead to its dominance in the landscape.

Bitcoin will remain one of the world's fastest-growing digital assets in 2021. It was invented in 2009 by a person using the pseudonym Satoshi Nakamoto and continues to dominate and win ground against other cryptos, despite being the world's oldest crypto that has been around for over a decade.

During the current year, Bitcoin has exploded in popularity. However, Crypto remains a popular choice among experienced and inexperienced investors, and it is the most widely accepted digital currency.

While institutional money flooded into Bitcoin in 2020, the cryptocurrency rocketed to new heights in 2021.

Chainlink was launched in 2017, and its popularity has been continuously increasing since then. Because of its ability to combine real-world data with smart contracts, it operates as a link between the blockchain and the outside world.

The platform integrates payment mechanisms easily, and external information feeds with complicated smart contracts using the oracle network. Crypto is a pioneer in this field and remains one of the first platforms to achieve this.

Furthermore, because it sources data and feeds it to the apps, the network has been widely employed throughout DeFi applications. It also works with Google's BigQuery data analytics platform.

These top five fastest-growing cryptos offer a wide range of applications and have shown to be significant assets in the crypto world. As a result, they steal the spotlight and occupy a prominent position in the cryptocurrency industry.

Related Article : Bitcoin vs gold Which is safer to invest amid inflation