In any competitive market, there are regular players, and there are sharks. To use a familiar example is a market which is relevant to most -  IBM and Macintosh have (and continue to) dominate the lucrative computer market. So much so that ingenious marketing campaigns from these tech giants have persuaded their respective target audience to identify their personalities with what amounts to a screen, a motherboard governed by binary code.

So, it should come as no surprise that this has become the case with cryptocurrencies. As more and more digital currencies are introduced to the crypto pot weekly, adding to the 4000 that already exist, so too do avid supporters of each respective crypto.  And no two coins seem to illustrate this passionate support than the two original digital currencies – Bitcoin and Ethereum. 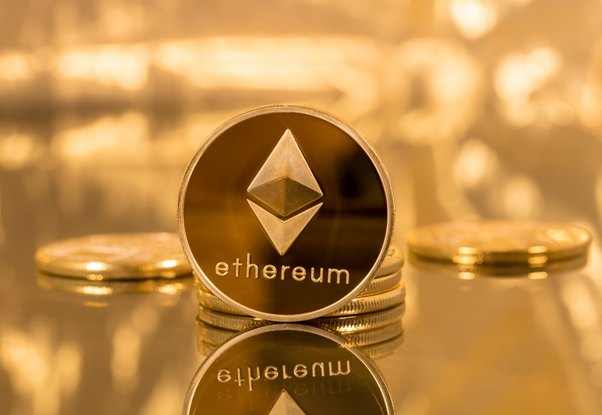 While Bitcoin has helmed the throne of digital currency, one might colloquially label Ethereum the prince of crypto.

But recently, a shift has been occurring as Ethereum’s market share has been closing the gap on Bitcoin’s dominance.

There are several reasons why this is indeed the case. But such is the crypto’s rapid ascent in the past 12 months, Ethereum’s bulls are predicting it will reach US$100,000.

Could this be the case?

The Rise of Ethereum

Ethereum has spent years playing second fiddle to Bitcoin – the world’s biggest digital currency. But in 2021, the gap has been closing ever so conspicuously.

A big reason for this is that besides being used as a digital currency, Ethereum can also be used to process other types of financial functions, including the utilisation of smart contracts as well as the ability to store data for third-party applications.

The question is, how far will it go? Will it soon eclipse the world’s current premier crypto? 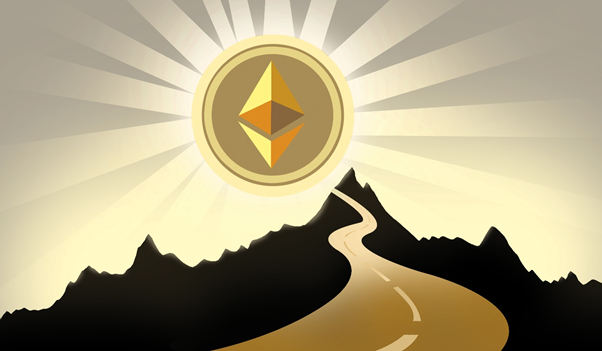 Why Ethereum could reach US$100K

When it comes to bullish sentiment, Ethereum’s bulls give Michael Jordan’s 1996 Chicago Bulls a run for their money.

The Ethereum bulls have long maintained it could hit the hundred thousand mark. But why are these bulls so bullish? In April, Bitcoin peaked at around US$65,000 before it plummeted, losing around half its value. So why on earth would Ethereum exceed that? Let alone reach US$100,000?

The big difference between Bitcoin and Ethereum is that the latter utilises useful applications – otherwise known as decentralised applications or DApps. The platform’s programmable blockchain allows developers to build valuable programs on it.

Just to mention a few world-use features that the Ethereum blockchain offers, think of Ethereum as the internet. In fact, some have even gone as far as to proclaim Ethereum as the Internet 2.0. To illustrate this point, some world governments, including Brazil, have shown interest in writing their legislation onto Ethereum’s blockchain.

Additionally, certain national governments have considered storing information on the Ethereum network regarding the ownership of real estate and land.

Furthermore, Ethereum’s popularity has already exceeded that of its rivals in certain parts of the world. For example, a survey published by crypto exchange Gemini found Ether (the native token of Ethereum’s network) is the most popular cryptocurrency in Singapore.

The study found that of the 2,680 participants who hold some crypto, 78% hold Ether. Moreover, two-thirds of those holders increased their  holdings during the pandemic.

In May 2021, the first-ever digital bond, built on the Ethereum blockchain, was issued by the European Investment Bank (EIB).

It’s no wonder Ethereum enthusiasts are harbouring bullish sentiments considering the possibility that Ethereum could potentially become the go-to marketplace for bond issuing of a market that totals around US$100 billion.

Although the many advantages Ethereum has in its favour, the booming network is certainly not without its faults, which could potentially hold it back from reaching that US$100,000 mark.

Most notably, Ethereum has been held back from excessive transaction costs, which have only increased as the platform’s popularity has gained more and more users.

To illustrate this, Ethereum’s transaction fees hit a record US$23 per transaction in February 2021, and while this may be good for its miners and hurts, the same cannot be said for its users.

Less than three weeks later, Ethereum’s price as of 18 August 2021 is US$3,031. However, on its current trajectory and as Ethereum’s network is adopted by tokenised real estate, digital bonds, and government use it seems it’s only a matter of time until Ethereum will reach that US$100,000 mark. However, it might not reach that figure until around 2026. 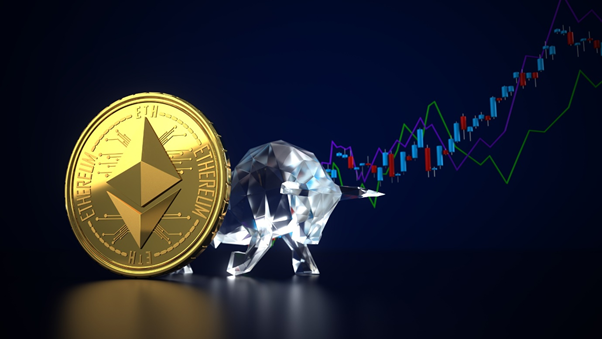 In any event, it’s becoming more and more within the realm of possibility that Ethereum will eventually supersede Bitcoin as the premier cryptocurrency.

That being said, in the volatile realm of digital currency, where anything can happen seemingly at the drop of a hat, only time will tell whether we see Ethereum hit that six-figure mark.