Created in July 2017, Binance Coin initially worked on the Ethereum blockchain with the ERC-20 token. However, the crypto eventually became the native token of its own blockchain, Binance chain. Among its various uses, Binance Coin can be used to trade between other currencies and to pay for the transactions on Binance exchange.

DO NOT MISS: What are Binance Coins?

The crypto sees more diversified usage in areas such as credit card payments, travel bookings, loans, and transfers where Binance Coin can be used as collateral and even as a form of payment for various merchants. The growing diversification of Binance Coin’s usage has been a major contributor to its immense accomplishments received in the recent months.

Priced at around US$28 during late September last year, Binance coin has leapt significantly to its current value of around US$357. Thus, given the whopping 1175% rise in the crypto’s value, your US$100 a year ago would have been equal to US$1,275! Here is a closer look at which factors made the price of Binance Coin shoot up over the past year.

During December 2020, there had been a sharp surge in the trading volume of Binance Coin with investors flocking the markets to trade in the crypto. Much of these gains in volume can be attributed to the DeFi integration into the Binance exchange platform. 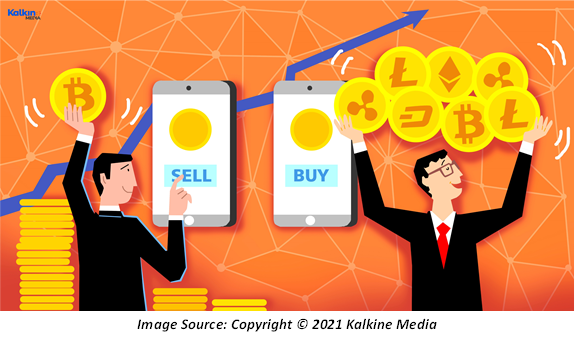 The DeFi universe has allowed the creation of newer tokens that completely remove the need for any centralised figure to act as an intermediary on the platform. This integration gave Binance users a new component called Binance DEX which focused on interoperability-based DeFi projects.

The meteoric rise of Binance was made possible through its US$100 million accelerator fund which was the anchor behind these new developments. Another fundamental feature of Binance Coin that has helped retain its value is the hard limit on the total number of tokens in circulation, which can not exceed 200 million. To achieve this, Binance “burns” around one-fifth of its tokens through its profits every quarter. Binance Coin has also made its foray into the NFT marketplace, further brightening its chances in the coming months.

INTERESTING READ: Watch out for these 5 top performing cryptocurrencies

Thus, the crypto’s wide-ranging applications make it stand apart from various other altcoins. Additionally, the Binance chain has incorporated several new changes into the system, allowing for the integration of DeFi into the system. DeFi seems to be an ongoing trend that is here to stay, thus, Binance Coin could see more price surges in the coming months.