Cryptocurrency Boom: Blockchain Stocks to Look for In 2021

World’s leading cryptocurrency Bitcoin’s (BTC) price breached the US$50,000 mark recently and may touch an all-time high of US$60,000 after Tesla owner Elon Musk invested in it.

Cryptocurrencies are being looked upon as the future of payment and settlement systems as we continue to move closer to cashless and digital payments. Some economies have started to open and accept cryptocurrencies as a payment method. 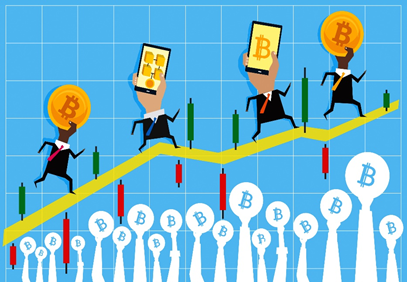 Most of the digital currencies are based on blockchain technology, which captures transaction in a ledger which is decentralised and public and helps in keeping track of miners. There is a finite number of coins that can be mined. Hence, miners are of immense importance in the realm of cryptocurrencies. Mining is an energy-intensive job that requires a lot of supercomputing infrastructure and complex algorithms. This eliminates the chance of any manipulation.

Several investors have hopped on to the unprecedented surge in the value of Bitcoin. For investors who have missed the bus can consider taking indirect exposure in digital currencies by investing in London-listed blockchain stocks.

To know more, also read: What is blockchain and blockchain technology?

Online Blockchain Plc (LON: OBC) is an AIM-listed Company conducting blockchain research and is involved in the development and maintenance of cryptocurrency projects. OBC shares have delivered a triple-digit return of 512 per cent in the past 52-week period.

For the fiscal year 2020, the revenue of the company increased to £109,000 due to an increase in subscription revenue. Due to lower expenses incurred during the period, the profitability margins improved in FY2020; however, they remained in the negative zone. The cash balance as on 30 June 2020 declined to £17,000 (30 June 2019: £154,000). In December 2020, Online Blockchain had managed to raise £0.4 million through the placement of shares. The company is well placed to capitalise on crypto-currency and new Blockchain opportunities. OBC shares last traded at GBX 79.50 on 25 February 2021.

Argo Blockchain Plc (LON: ARB) is a UK-based cryptocurrency mining company, which is listed on the Main Market of the London Stock Exchange. ARB shares have delivered a staggering return of 3,254 per cent in the past 52-week period. In the last nine months, the company has outclassed the benchmark index (FTSE-all Share Index) by delivering massive returns.

Earlier in February, the company announced to build a new digital currency mining facility of 200 MW in the next 12 months in the 320 acres of land in West Texas acquired by the company. Notably, the miner would use renewable source of energy to power its mining facilities and capacity extension.

Argo Blockchain mined 93 BTC (Bitcoin or Bitcoin Equivalent) last month. By the end of January 2021, the Company had 501 BTC in Bitcoin and BTC equivalents. ARB shares last traded at GBX 262 on 25 February 2021.