Coinbase to launch NFT platform, here’s what to expect

The popularity of non-fungible tokens (NFT) is rising unabated. Regardless of what a few analysts have to say about their prices that allegedly defy fundamentals, NFTs are a wild craze. NFTs are now a major player in the blockchain-powered cryptocurrency market, with a few priced in millions of dollars. 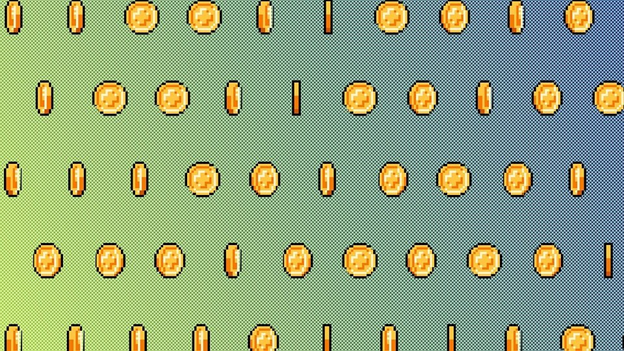 In the latest development in the space, Coinbase, the popular crypto exchange, has announced to extend to its users NFT trading services. Coinbase will allow minting as well as purchasing of NFTs on its platform Coinbase NFT.

The exchange cites advantages for original creators as the driving force. The creation of a new NFT is a complex process, and Coinbase promises to free it of barriers.

Coinbase is one of the leading exchanges for trading crypto assets like Bitcoin and altcoins. Decentralized contracts, also called smart contracts on a blockchain network, will be at the heart of its NFT trading. In the initial stages, ERC-721 and ERC-1155 based NFTs will be available on the exchange. Most NFTs use Ethereum’s blockchain, which is why Coinbase has launched its NFT services with these two.

For now, the exchange has allowed a waitlist for the NFT marketplace. Coinbase users can register on this to get early access.

NFTs are based on the same blockchain technology that underpins crypto assets. They facilitate easy and immutable representation of ownership over online items. This item can be an artwork or a creature like an Axie in the Axie Infinity game.

In stark contrast to cryptocurrencies, NFTs are non-fungible. This means an NFT is never a part of any large homogeneous grouping, the constituents of which are interchangeable. For example, BTC can be exchanged with some other crypto asset like Dogecoin, but an NFT will always have some features that make it unique.

How popular are NFTs?

The year 2021 saw some big-ticket multi-million dollar purchases in NFTs. According to DappRadar, the market had a transaction volume of over US$10 billion in the third quarter of this year alone.

The most notable purchase of any NFT occurred in March 2021. Beeple’s artwork titled ‘Everydays: the First 5000 Days’ sold for a whopping US$69 million in a Christie’s auction. This NFT remains the most expensive NFT ever sold to this day. CryptoPunk’s Ethereum-based NFTs that represent unique creatures were also sold for millions of dollars around the same time.

The NFT craze is not limited to the fringes. In a mainstream event, Twitter’s Jack Dorsey’s first tweet sold as an NFT for nearly 1,630 Ether in March 2021. At that time, this price tag was equivalent to nearly US$3 million.

Dorsey, a known backer of Bitcoin (BTC), which he says can be the native currency of the internet, is said to have converted the gains from the sale into BTC.

Other popular trades in NFTs include the February 2021 sale of an NFT representing the flying pop-tart cat meme for over US$500,000, and works of musician Grimes selling for nearly US$6 million. In a separate scene, a firm that sells football trading card NFTs has recently raised nearly US$680 million.

In September 2021, a meme cryptocurrency Shiba Inu (SHIB) gained in double digits after it was listed on the exchange. In a matter of just two days of trading, SHIB was up nearly 40 per cent. The so-called “DOGE killer” SHIB also received some backing from multi-billionaire CEO Elon Musk in the form of a cryptic tweet.

Also read: 10 cryptocurrency projects to keep an eye on

This event was preceded by Dogecoin’s bumper listing on Coinbase. The announcement by the exchange that DOGE will be listed on its Coinbase Pro platform lifted DOGE’s price by nearly 25 per cent. The DOGE crypto at the time came to the sixth spot on the list of cryptocurrencies by market cap. Musk also backed DOGE by tweeting that he was working with its developers to improve the network’s efficiency.

Coinbase itself commands a very high valuation in the stock market. It was listed on NASDAQ in April 2021, and on the listing day surged to a market cap of over US$100 billion.

The non-fungible token craze seems to be gaining more steam. Coinbase will likely bring it out of the fringes to a mainstream exchange platform, which may lift prices further.

The multi-billion-dollar trading volume in a quarter alone speaks a lot about investors’ interest in NFTs. Coinbase might make the creating and selling of NFTs a piece of cake for original creators, thereby weeding out other intermediaries.