The price of Dogecoin (DOGE) cryptocurrency jumped 30 per cent to US$ 0.21 despite the cryptocurrency market extending its losses on Tuesday, December 14.

The surge in Dogecoin prices came as Tesla, Inc. (NASDAQ:TSLA) boss Elon Musk said that his company will accept the cryptocurrency for its merchandise on a trial basis.

Taking to micro-blogging website Twitter, Mr Musk tweeted that Tesla will allow its customers to buy some merchandise with Dogecoin and then see how this decision goes.

Apart from selling its famous self-driving electric vehicles (EVs), Tesla sells merchandise and offers products like a belt buckle, mini models of its cars, and apparel among other things.

Also Read: What is RTFKT & why is Nike acquiring this company?

If we look at the previous history of Elon Musk and the cryptocurrency industry, you will know that the man is capable of moving the markets.

In May this year, the cryptocurrency market had crashed after the Tesla chief had said that the company is suspending purchases with Bitcoin. 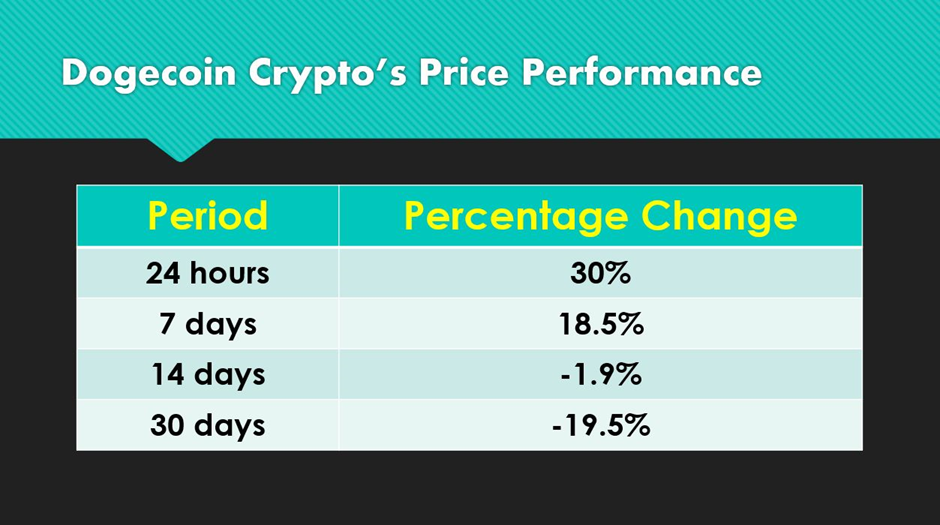 © 2021 Kalkine Media®
Mr Musk had expressed concerns over Bitcoin's negative impact on the environment as the crypto mining operations involve high energy consumption. After the announcement, the world's oldest cryptocurrency had immediately declined as much as 15 per cent.

Not only Bitcoin, but almost all the major cryptocurrencies had also crashed after the announcement. Now, as Mr Musk has announced that he is ready to accept Dogecoin for Tesla merchandise, it is expected that not only Dogecoin's price will increase, but the entire crypto market may get a revival soon.

In the last 24 hours, the market capitalization of the crypto industry had declined to US$ 2.13 trillion. However, at the time of writing, the global market cap had surged a little to US$ 2.16 trillion, according to CoinMarketCap data.

Also Read: What is BAX crypto & why has it soared 6000%? Know its price prediction

It would be worth keeping an eye if the declining cryptocurrencies get a boost from Tesla’s decision of accepting Dogecoin for its merchandise.