It’s not easy being a Bitcoin trader. While there is money to be made there, the price of Bitcoin is about as stable as Jonah Hill’s weight on any given movie. If you’ve ever gone to dinner with a friend who has a current Bitcoin trade going, it’s pointless having a conversation with them because their eyes are usually glassed over as they try to mask the inner turmoil wondering if the thousands of dollars they so confidently invested a couple of hours ago has gone down the drain. Incidentally, if that turns out to be the case, they are not the ones paying for that dinner. Suffice to say, if you do go out with a friend who has a current Bitcoin trade on, have your credit card handy.

Bitcoin Trading’s Hard Enough Without Binance Psyching Us Out

So, when a botched algorithm results in the price of Bitcoin losing 90 percent if its value in a matter of minutes, you can imagine that the heart rates of Bitcoin traders around America would’ve reached in excess of 200 beats per minute.

Bitcoin traders who track the price on Binance’s platform were given a heart attack earlier when bitcoin’s price fell below US$10,000

What On Earth Happened?

According to the US arm of crypto exchange Finance, Bitcoin plunged almost 90 percent yesterday after surging to record highs earlier this week.

On Thursday the price of bitcoin hit US$66,500 before dropping to under US$10,000 according to the popular US exchange.

This equated to a loss of 90% of bitcoins value which had a knock-on effect to other exchanges where the price of bitcoin also fell. The flash plunge also had an adverse affect on Ethereum’s  price rally.

Furthermore, the sudden crash had a knock-on effect as Ethereum - the second largest cryptocurrency – fell from US$4,000 to US$2,000 – a loss of around half its value.

The monumental crash, albeit momentary, has been blamed on an institutional trader’s rouge algorithm.

In a serendipitous Twitter announcement, Binance chief executive, Changpeng Zhao, warned just shortly before the bitcoin crash, that the coming months could see high volatility in the price of cryptocurrencies.

Nonetheless, Binance US sent an email to Bloomberg explaining the situation, saying that the unexpected crash was likely  caused by a bug in the algorithm. They added that they are looking into the how the problem could’ve occurred and have assured users that the problem has been resolved.

Discounting the latest blunder from the US exchange, it’s been an outstanding week for Bitcoin adding on to an outstanding few months for the worlds largest cryptocurrency.

The recent inclusion of the ETF onto the New York Stock Exchange further legitimises the world’s largest crypto currency. Each time Bitcoin moves further mainstream, this usually correlates with an increase in the coin’s value, as evident this week as it pushed to new record highs. 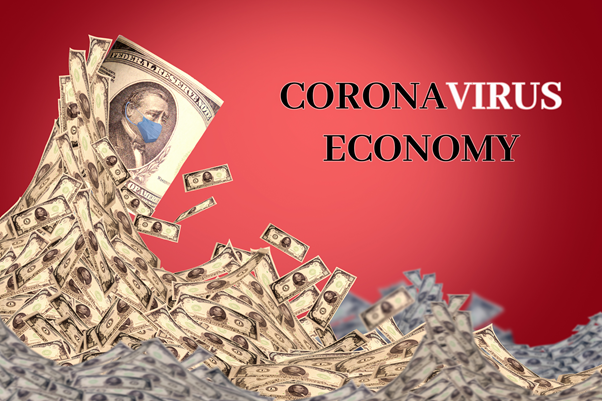 Is The Current Wave About To Crash?

As well as Binance chief executive, Changpeng Zhao’s, concerns of upcoming volatility, The US Federal reserve has also weighed in with their own concerns.

These are perhaps legitimate concerns considering citizens in the US in particular have been enjoying the stimulus measures brought about  as a result of the COVID-19 pandemic. But with lockdowns been lifted as well as an increasing number of people having been vaccinated against the virus, the gravy train could well be coming to an end.

What this means, in a matter of speaking, is that investors are riding a wave thanks to the huge liquidity due to the Federal reserve. But like all waves, they break and the bigger the wave, the bigger the break.

Let’s hope that the breaking of this wave won’t be akin to a tsunami. But let’s also hope that certain digital currency exchanges can get their act together and come up with algorithms that don’t result in the premier cryptocurrency losing 90 percent of their value even if it’s for a short time.