Bitcoin (BTC) is on track to wrap up the year at a record high of US$80,000, said several industry experts, even as it climbed to a new high of more than US$66,465 on Wednesday.

Bitcoin trumped its earlier record set in April after it jumped to US$66,465.58 at 12:57 pm ET on Wednesday, buoyed by positive developments in the market. In mid-April, the cryptocurrency had touched a record high of US$64,805.

According to coinbase.com, the prices were up 5.59% in the last 24 hours to Wednesday evening. The price surge was triggered by Tuesday’s launch of the first Bitcoin-focused ETF, ProShares Bitcoin Strategy, on the New York Stock Exchange (NYSE).

Meanwhile, several experts have prophesied that Bitcoin will hit US$80,000 or settle at US$71,000 by the year-end. These projections were based on a poll of 50 experts conducted in late September and early October by the financial consultancy firm finder.com.

Most panel members gave a bullish rating for the cryptocurrency, even before the ProShares Bitcoin Futures ETF received approval from the US Securities and Exchange Commission (SEC). 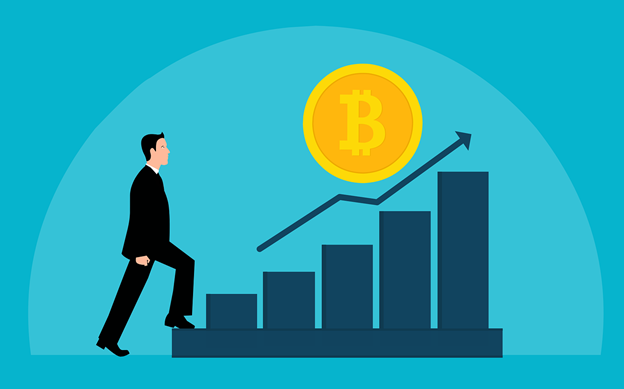 What are experts saying?

Analysts’ price projection of US$80,000 for Bitcoin is 10% higher than their previous forecast in July and over 35% higher estimated in December 2020.

Martin Frohler, the CEO of crypto-trading platform Morpher, said a strong macro-economic environment, institutional adoption, and the futures-based Bitcoin ETFs in the US would push the Bitcoin prices to new highs in 2021 and beyond.

However, Dhananjay Lochave, the marketing manager of BuyUcoin, has advised a wait-and-watch policy. According to him, other cryptocurrencies, which are cheap currently, may provide better returns than Bitcoin in the future.

He added that other cryptos might provide better options than BTC in the long-term, given the Bitcoins’ limited supply. But looking at the current trading activities, Bitcoin might give a significant return. Likewise, some altcoins, though, are rising above 200%, he added.

However, John Hawkins, a senior lecturer at the University of Canberra, has a differing view. He said that the current bubble in the crypto market would gradually collapse or diminish over time.

Some analysts, though, who were not part of the survey, had earlier projected Bitcoin to hit US$100,000 this year or early next year.

Finally, investors must exert caution due to the intense volatility of the crypto market. Also, they should research thoroughly about the market before making an investment decision. According to coingecko.com, Bitcoin’s market cap touched over 1.24 trillion on Wednesday.