Global Wheat production has increased to new record levels in March 2021 due to bumper crop in Australia. As per the latest report released by USDA (United States Department of Agriculture/ Foreign Agricultural Service), global trade has reached a record with higher imports for China, Pakistan, and Nigeria and higher exports for Australia and Canada. The projected U.S. season-average farm price remains at USD 5 per bushel. 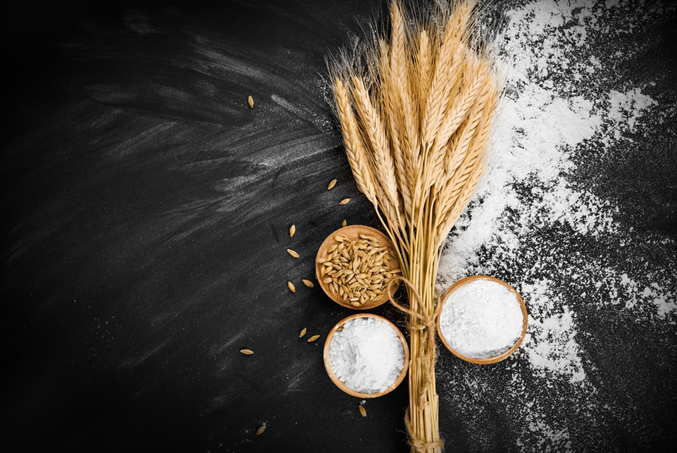 The below chart represents production and consumption details of wheat for the past 4 years coupled with the estimate for 2020/21 and forecast for 2021/22:

CBOT Wheat Futures (COBT: ZWc1) started to move upside from the latter half of June 2020 and made a series of higher highs and higher lows till mid of January 2021. Prices soared from the low of USc 468.25 per bushel to the high of USc 693.00 per bushel and witnessed a gain of ~48 percent.

However, the prices reversed from the higher levels after forming a negative divergence with the RSI (14-period), a scenario where prices make higher highs, but RSI (14-Period) fails to do so, and corrected ~14.39 percent from the January 2021 high to USc 593.25. 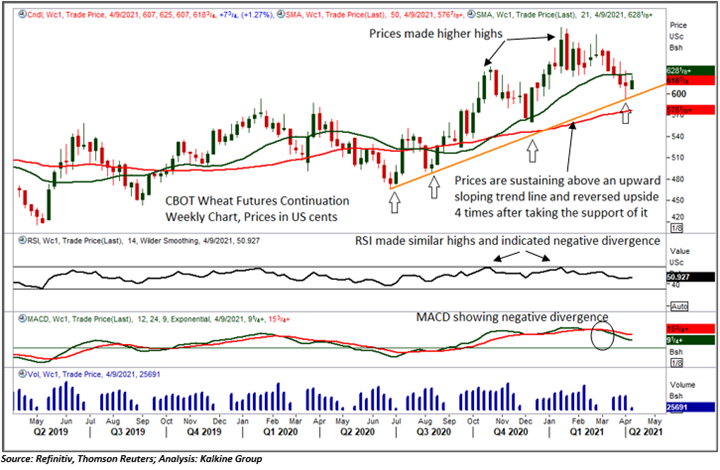 What are the technical indicators pointing to?

The leading indicator RSI (14-period) is trading at ~51 levels, indicating a positive trend for the commodity. The trend-following indicator MACD is showing a negative divergence and depicts a negative stance for Wheat Futures. The 21-period SMA (green color lien in the above chart) is trading above the CMP acting as an immediate resistance for the commodity, however, the 50-period SMA (red color line in the above chart) is sustaining below CMP and providing support on the lower levels. The summary of technical indicators is as below:

Currently, the prices are trading around the crucial support level where upward sloping trend line support and 50-period SMA rests. An upside move from the current level may end the correction phase of the commodity; however, a downside breakout might bring a fresh downside trend for the commodity.

Considering the above-mentioned production and consumption scenario coupled with the technical analysis, the market seems to expect the prices to remain rangebound for the short term. However, a breakout of the crucial level may bring a new trend for the commodity.