Crude oil prices are inching up smartly with prices of Brent crude oil futures nearing the 11-month high of USD 60.0 a barrel. 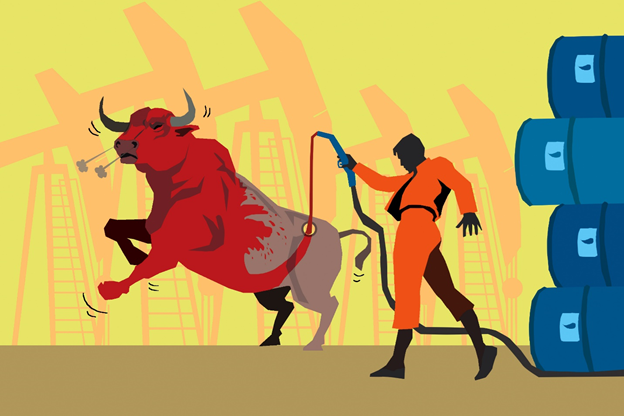 The shift in the global demand and supply pattern is now weighing the balance in favour of the oil bulls. Since the second half of 2020, rising oil consumption and reduced crude oil production from OPEC+ and the United States have set a medium-term trend for oil, which has seen the prices shoot up ~57 per cent from USD 36.40 per barrel (low in April 2020) to USD 57.38 per barrel (as on 13 January 2020 3:06 PM).

In its path to recovery, oil prices have responded to different macro factors, but the overall trend of consumption surpassing supply seems to be blowing the wind in favour of oil prices.

Furthermore, many industry experts anticipate that this current trend would remain in place for a while with increasing consumption and a slightly lower production anticipated in 2021 and 2022, thanks to the fall in production across OPEC+ and the United States.

Additionally, while the demand is anticipated to increase at a slightly higher rate as compared to the global production, the oil production across both OPEC and non-OPEC members is expected to increase.

On the non-OPEC counter, EIA forecasts the production to increase by 1.2 million barrels in 2021 against the previous year with a gradual increase in prices supporting the production.

A slightly higher consumption as compared to the global production across major oil producers would eventually propel the price, and EIA estimates Brent crude oil spot to average USD 53 a barrel in both 2021 and 2020, up by ~ 26.19 per cent as compared to the average price of USD 42 a barrel seen in 2020.