The TSXV on February 24 announced the winners of the TSX Venture 50 2022. Among them were a number of clean technology companies.

Let’s look at three clean tech companies on the list and how their stocks have performed.

Eguana Technologies produce small commercial and residential energy storage systems, and its offerings include solar power products. The company takes inspiration from the iguana reptile who basks in the sun and absorbs heat energy.

First Hydrogen produces zero-emission, long-range hydrogen-powered utility vehicles. It has a market cap of C$154 million and its stock closed at C$2.80 March 8.

Its stock has rocketed 1,020 per cent in a year. On a year-to-date basis, the FHYD stock is up nearly 46 per cent.

On March 8, the company established First Hydrogen Energy, a division that will deal with the production and distribution of green hydrogen.

CHAR works within the waste management sector and uses organic waste to develop renewable gases and biofuel. It is also involved with water treatment. 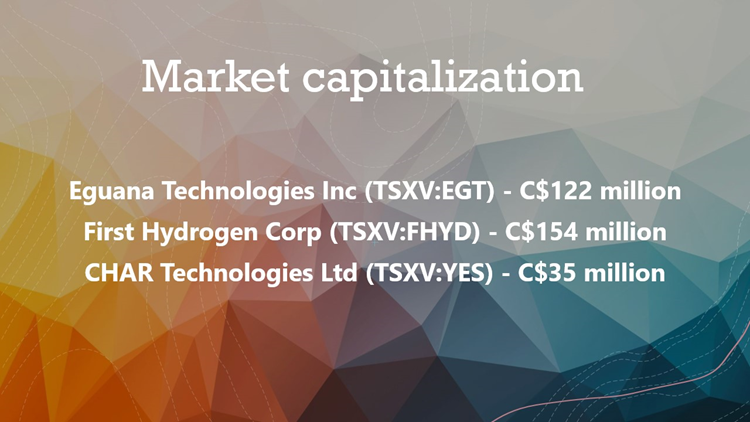 A 2021 Clean Energy Canada report found that the jobs in this sector were estimated to grow by 50 per cent to 639,200 jobs. In this time, the fossil fuel sector is expected to see a nine per cent reduction with regards to employment.