Cybersecurity stocks such as BlackBerry Limited (TSX: BB) and Cloudflare Inc (NYSE: NET) witnessed a jump in demand recently in Canadian markets following the news of security breach incidents at the federal level.

The Canada Revenue Agency (CRA) suffered major cyberattacks around July and August where as many as over 48,000 accounts were targeted with credential stuffing. The Treasury Board of Canada also reported ‘suspicious activities’ in GCKey, the secured online portal to access employment and immigration information.

There has reportedly been a spike in cyberattacks since the onset of the coronavirus pandemic. With most people working from home and accessing company information from personal systems, confidential data is often left exposed to hackers and malwares. Hence, this has given rise to the demand of cybersecurity services, which, in turn, has boosted the popularity of cybersecurity stocks among investors.

Having lost its position as the top smartphone maker to Apple Inc and Android, BlackBerry Limited is now making quite a mark in its second innings as a cybersecurity provider.

Since exiting the smartphone industry in 2016, BlackBerry expanded its software security portfolio by acquiring companies like Cylance and AtHoc. It also picked up major clients such as the US Airforce, the Royal Canadian Mint, Saudi Financial Company, Intel, Vodafone, Amazon, etc.

BlackBerry shares have been riding high since its partnership announced with Microsoft Corporation on October 7. BlackBerry AtHoc will be integrated to Microsoft’s Teams platform. It is currently among the top trending stocks on the TSX, with an average trading volume of over 2.6 million in the last 10 days.

Its scrips lost nearly 20 per cent in value this year but has recovered over 13 per cent in the last six months and nearly 11 per cent in so far in October.

BlackBerry made a net cash of US$ 31 million from its operating activities in its second quarter fiscal of 2021, which ended 31 August 2020. Its operating expenses were US$ 221 million, and its operating loss stood at US$ 22 million in Q2 FY21.

The company also secured a revenue of US$ 259 million on Q2 FY21, up from US$ 244 million in Q2 FY20. Its total cash, cash equivalents, short-term and long-term investments amounted to US$ 977 million in the latest quarter. 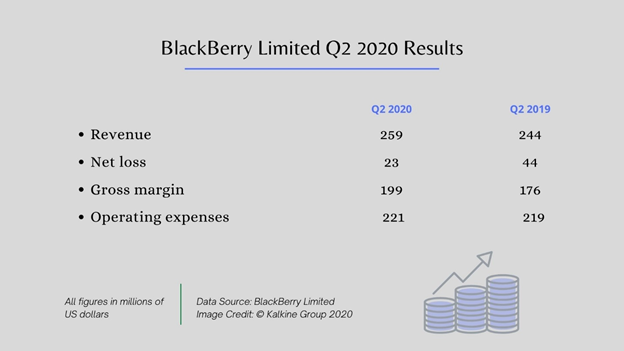 Cloudflare Inc stocks jumped nearly 23 per cent during intraday trading on Monday, October 12, after it announced its latest product Cloudflare One. The product is a cloud-based network-as-a-service solution that can be used to control security and performance of remote teams via a single user plane.

Based in San Francisco, the website infrastructure and security company deals in providing a range of network services to primarily businesses. Its products, apart from Cloudflare One, include Argo Smart Routing, Web Optimizations, Load Balancing, Cloudflare Access, etc.

Cloudflare’s initial public offering (IPO) last year raised about US$ 525 million. Since debuting on the New York Stock Exchange in September 2019, its stock price has risen over 223 per cent.

Dipping briefly amid the coronavirus pandemic-led market crash back in March, Cloudflare shares steadily climbed 134 per cent in the last six months and 57 per cent in three months.

Its scrips are up 242 per cent this year and currently has a 10-day average trading volume of 9.9 volume.

Cloudflare’s net cash flow from operations was US$ 4 million, while its free cash flow was negative US$ 20.2 million in Q2 2020.

The company had about US$ 1,069 million in cash, cash equivalents, and available-for-sale securities by the end of June 2020.