While large-cap stocks may bring stable returns, some investors turn to small-cap stocks due to their lower prices and growth potential.

Investors who choose to explore such smaller companies should observe their operations and offerings, which would allow them to understand the risk and reward ratio, before going forward with investments.

Keeping this in view, here are some TSX and TSXV-listed small stocks that could witness a jump in their growth going forward.

The C$ 899-million market cap firm saw its stocks close at C$ 6.31 on the TSX on July 2, which was about 60 per cent lower than its 52-week high recorded on February 22 this year. This price can be used as an entry point by those looking to explore this crypto stock.

The stock grew about 81 per cent year-to-date (YTD), beating the S&P/TSX Application Software (Sub industry) Index that grew about 61 per cent during the same period.

Canada-based electric bus manufacturer GreenPower Motor Company was ranked among the top performing companies on the TSX Venture 50 list for year 2021. Having since graduated to TSX, it is presently among the top TSX-listed consumer goods companies.

GreenPower Motor’s operations use a custom battery management system and rely on a clean sheet design.

The EV maker’s total revenues jumped 76 per cent year-over-year (YoY) to US$ 4.38 million in the fourth quarter ended March 31, 2021. Its inventory levels doubled to about US$ 12.5 million as of the end of the quarter, as against US$ 6.6 million in the same quarter last year.

Its vehicles are employed for the purposes of transit, delivery, student transportation, municipal and final stage manufacturers.

The company’s management said it was on track to achieve positive cash flow every quarter by the fiscal year ending March 2022. 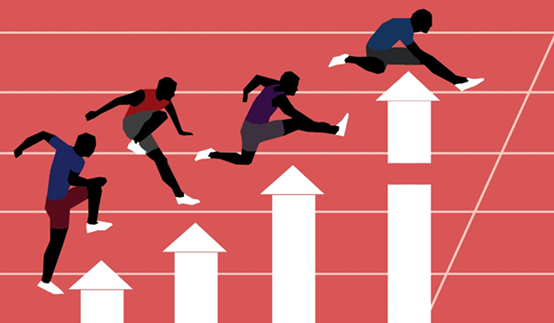 Standard Lithium is a lithium brine exploration and development company with operations predominantly located in the US. It is one of the top-performing metals and basic materials companies in the TSX-listed universe.

The lithium-development company has a market capitalization of C$ 721 million, with over 140 million outstanding shares. Its stock closed at C$ 5.14 on July 2, slightly lower than its 52 week high of C$5.24 it touched during the trading session.

The stock jumped about 80.4 per cent YTD, outperforming the broader market of the TSE 300 Composite Index that returned about 55.5 per cent during the same period.

Mineral exploration company New Found Gold is involved in the acquisition, exploration and study of properties, especially gold properties in Ontario. Its primary projects include the development of Queensway Project located in Newfoundland, Canada.

New Found Gold is currently undertaking a drill program at the Queensway project, where it plans to increase the currently operational eight rigs to 10 rigs by the third quarter of fiscal 2021. The mining company has a working capital balance of nearly C$ 76 million for the project.

The junior basic materials commands a shareholder stake worth C$ 1.83 billion, with about 151 million outstanding shares.

Rupert Resources is a TSXV-listed junior basic materials company, with a focus on acquiring and exploring mineral resources in Finland. The company owns a gold mine, mill and exploration permits in properties located in Northern Finland.

The company announced that it was fully funded for its operations planned for the next two fiscal years following its C$ 48.7 million financing rounds held in June 2021.