What is Sonder (SOND) stock's future as it declines below IPO price?

San Francisco-based Sonder Holdings Inc. recently went public in the US equities market. However, its stock seems to have a poor debut as it is constantly declining.

Sonder is an innovative startup that runs hotels and leases apartment buildings. On January 19, Sonder went public after merging with a special purpose acquisition company (SPAC).

After debuting on Nasdaq, the share prices had declined eight per cent compared to the Sonder IPO price of US$ 8.95 apiece. Sonder trades under the stock symbol SOND, and it merged with Gores Metropoulos II SPAC.

What's next for Sonder (NASDAQ:SOND) stock?

It seems that the SOND stock could take some time to recover as the equities market appears to be bearish at the moment. On January 24, stock indexes in the United States were down.

Since the past week, Nasdaq has witnessed bearish sentiments from investors as fears of interest rate hikes increase. The S&P 500 seems to have touched a correction zone as tensions between Russia and Ukraine increased the fear sentiments of investors. 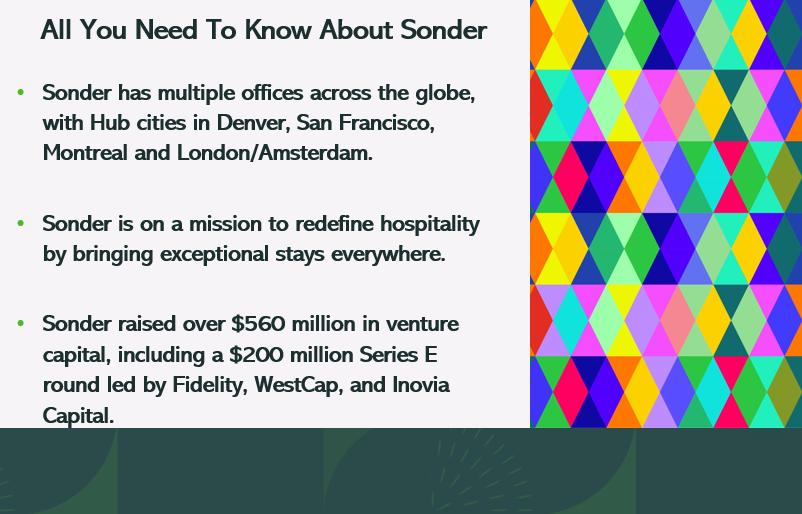 Generally, an index correction happens when it closes lower at 10 per cent or more than its record closing level.

On January 24, the index had plunged 10.9 per cent from its record closing on January 3. However, it managed to end the day with a 0.3 per cent gain.

Sonder provides tech-enabled services and could revolutionize the hospitality industry. Launched in 2014, the company had expanded rapidly and catered to the needs of people in 35 markets across ten countries and three continents.

Using the Sonder app, users can take full control over their stay. They can use the app for check-in, getting on-ground support and other services.

On January 13, Sonder said it expanded by adding 25 new locations across the United States in the second half of 2021. Meanwhile, it said that its revenue per available room over New Year's Eve was up 10 per cent compared to 2019 and doubled year-over-year (YoY).