PyroGenesis Canada Inc (TSX:PYR) saw its stocks surge by nearly 13 per cent to settle at C$ 5.73 on Tuesday, September 14. The spike in the stock’s price came as the company announced a C$ 6 million deal with an international iron ore pelletizer.

On Wednesday, however, the industrials stock dipped by nearly three per cent to close at a value of C$ 5.56 per piece.

Let’s take a closer look at PyroGenesis’ latest deal and recent stock performance to gauge what could be causing this fluctuation in the stock.

PyroGenesis Canada, known to specialize in plasma waste-to-energy systems and torch products, said on Tuesday that it has received an order to supply four high powered plasma torches along with ancillary equipment.

The environmental solutions provider said that the client’s name has been kept confidential for competitive reasons, although it did note that the client is a multi-billion-dollar global producer of iron ore.

It further said that the client intends to reduce greenhouse gases (GHGs) by switching its fossil fuel burners with PyroGenesis’ plasma torches.

The Montreal-based company, upon the successful implementation of four torches, could bag an additional order for 130 such plasma torches, it said.

PyroGenesis also revised the estimated net present value of each torch sale from the initial C$3 million to C$7 million, based on 20-year life. 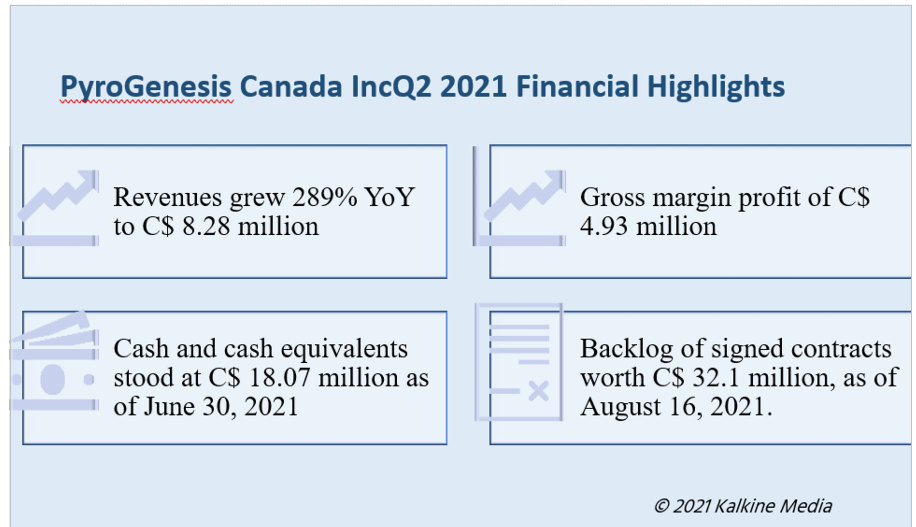 In August this year, PyroGenesis announced a C$ 1.2 million contract for delivering two Air Plasma Torch Systems to be incorporated into a medical waste destruction system. This deal, too, was struck with an unnamed player, which happens to be an existing Asian client of the company.

Apart from new projects, PyroGenesis also seems to be paying attention to business expansions. It recently acquired Montreal-based AirScience Technologies Inc, which is engaged in biogas upgrading, for an amended cash purchase price of C$ 4.4 million.

As industries across the world are shifting their focus to sustainable and carbon neutral approach, companies like PyroGenesis could benefit from it by remaining at the forefront of developing environment friendly solutions.

The plasma technology developer aims to benefit from the increase in the sale of plasma torches amid the rising climate change awareness.