Canadian investors focused on long-term growth could explore Alimentation Couch-Tard (TSX: ATD) stock as the large-cap company continues to expand its store network and retail footprints globally through acquisition and other growth strategies.

Speaking of acquisition and growth, Alimentation Couch-Tard has drawn some attention amid speculations of being a potential bidder for Suncor (TSX: SU)’s retail business, Petro-Canada. These reports surfaced as the oil producer revealed on Monday, July 18, that it is considering alternative options (including sale) for its downstream unit to enhance shareholders’ value. However, it is believed that there would be competition and concentration issues for the Circle K owner.

While the Canadian convenience store owner has not commented on the matter, it is believed that if the speculations turn real, it could significantly extend Alimentation's retail network. On that note, let us talk about Alimentation's financial and stock performance. 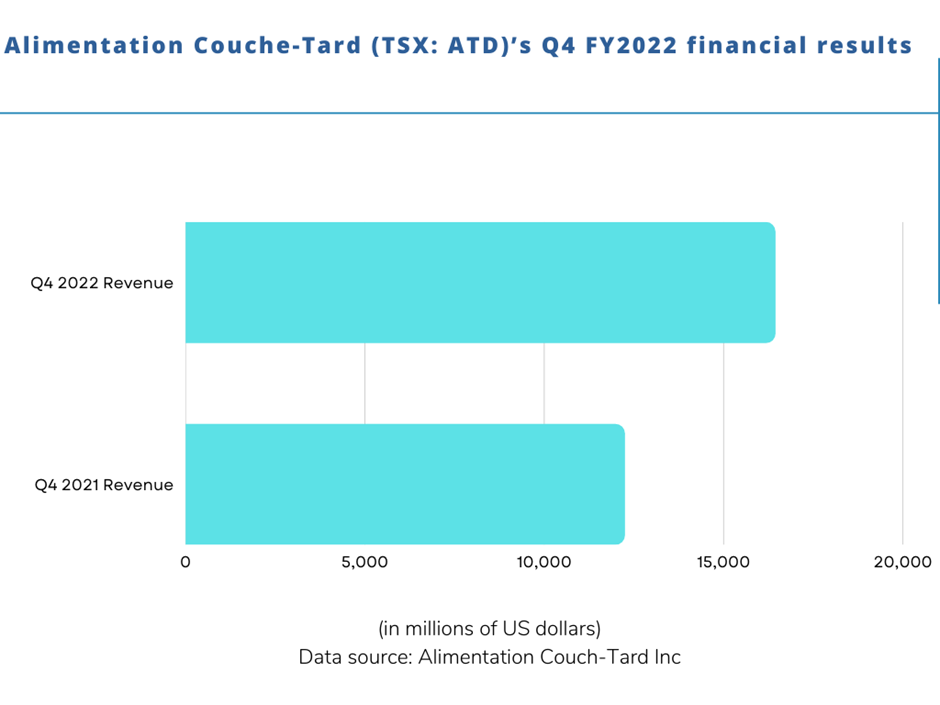 According to Refinitiv findings, Couch-Tard stocks have been on a mixed trend since April 2022. On Monday, July 18, recorded a Relative Strength Index (RSI) value of 41.62, with volumes in red but above the oversold territory.

Alimentation Couche-Tard is also tapping into the emerging electric vehicles (EV) market as it launched its first Circle K fast EV charging sites In Rock Hill, South California, and plans to expand charging units to 200 Circle K and Couch-Tard stores in the coming two years. Hence, growth seekers could consider ATD stocks for possible benefits from its expansion strategies in the long run.