Investors are often interested in venturing into the stocks that can fetch significant returns on the invested money in the future. That’s how growth stocks come into the picture.

Now, let us explore some of the Canadian growth stocks listed on the Toronto Stock Exchange (TSX). 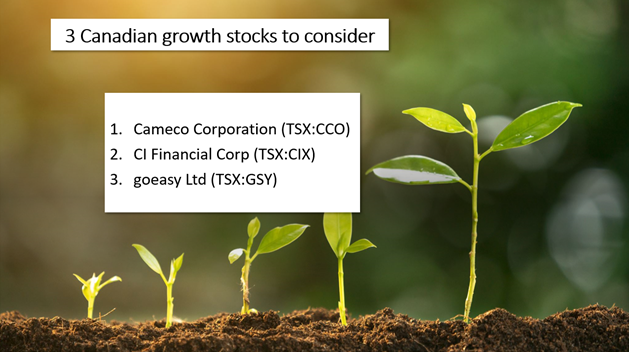 Stock of Oakville-based uranium producer Cameco Corporation hit a day high of C$ 33.49 during the trading session on Tuesday, October 26, and closed at C$ 33.22 apiece, up by 1.157 per cent.

It also jumped up by more than 102 per cent in the last nine months and rose by approximately 60 per cent in the past six months. On a year-to-date (YTD) basis, it soared by nearly 95 per cent.

On October 21, CI Financial agreed to acquire the Seattle-based wealth management company McCutchen Group LLC (with assets under management of US$ 3.4 billion). This deal may further increase its US wealth assets to about US$ 83 billion and expand its global asset holdings to approximately C$ 329 billion.

Since early 2020 when CI Financial entered the U.S. registered investment advisory business, it has been considered one of Canada’s fastest-growing wealth management companies.

However, GSY stock has noted a YoY gain of more than 188 per cent. Further, it spiked up by nearly 109 per cent YTD and expanded by more than 18 per cent in the previous three months. 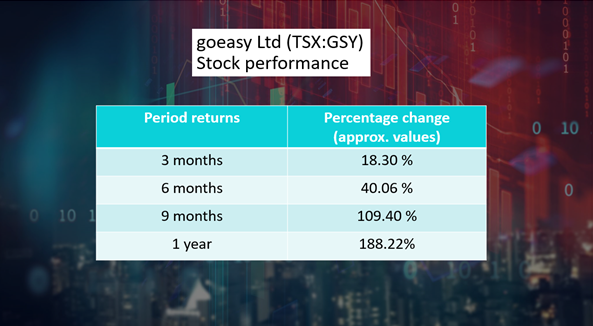 While quality growth stocks can fetch notable gains in the long term, investors should be bear in mind that there is always a possibility of things going south in the stock market.

To prepare for that, investors need to note the financials and fundamentals of a company, along with its outlook and plans, to evaluate the quality of investment.