After a brief period of bearish momentum, Illuvium (ILV) crypto seems to be back on its bullish trajectory. The bullish momentum of the cryptocurrency had started in July, and it continued till the first week of September after which the decline came.

According to CoinMarketCap, the Illuvium crypto recorded a surge of 577 per cent in its one-day volume and its price increased by 18 per cent in the last 24 hours to US$ 528, at the time of writing.

In this article, we will take a closer look at the cryptocurrency to assist crypto enthusiasts and traders eyeing alternative virtual currencies to Bitcoin and Ether. Here's what you must understand about Illuvium:

Games based on blockchain technology are not new and there are plenty of options available. However, until Illuvium came, there was no AAA-rated blockchain-based game.

In the gaming world, AAA games are video games developed and released by big game developers. These games have a huge development and marketing budget and are equivalent to a big-budget movie.

Also Read: What is Russia-based Suex crypto and why is the US sanctioning it?

Illuvium is a game built on the Ethereum blockchain and is dubbed the first AAA game built on a blockchain network. It is a fantasy battle game and acts as a source of entertainment for both gamers and decentralized finance (DeFi) infrastructure fans by offering trading and collecting features.

The Illuvium (ILV) crypto is the native utility token of this blockchain-based game. This fantasy game allows users to capture and collect non-fungible tokens (NFTs) of fantasy creatures and ILV tokens can be used for future adventures.

Other use cases of the ILV token are rewarding players for in-game achievements and acting as the governance token. 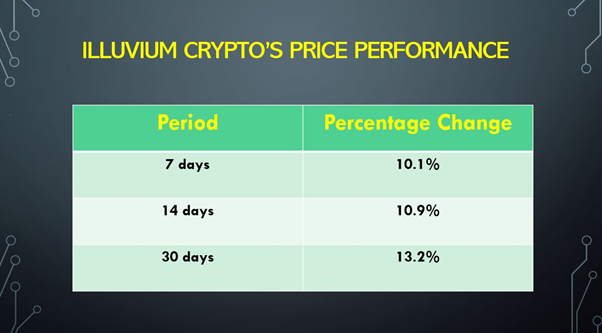 Since the beginning of July 2021, ILV has recorded a bullish momentum. After a brief period of bearish momentum, the ILV token has once again recorded a massive surge in volume in the last 24 hours, it seems that the upward trend could continue for the remaining period of this year.

On September 4, ILV recorded an all-time high of US$ 638.96 per token and if the cryptocurrency continues to go upward, the ILV token could reach US$ 650 per token by the end of this year.

Also Read: Dromos crypto: Price prediction and everything to know about DRM token

If you are looking to invest in altcoins, then ILV could be a good choice as it is witnessing bullish momentum. However, you should keep in mind before investing that the cryptocurrency market is extremely volatile.