After the Office of the Superintendent of Financial Institutions (OSFI) approved share buybacks and dividend hikes, Canadian banks have embarked on the much-awaited journey to deliver rewards to their shareholders.

So, let us look at two of the big five Canadian banks that released their fourth quarter results for 2021 on Thursday, December 2, while hiking their dividend payouts significantly.

In contrast, the bank reported a YoY decline of 26 per cent in its net income of C$ 3.8 billion in latest quarter. Its diluted earnings per share was C$ 2.04 in the fourth quarter of fiscal 2021 compared to C$ 2.80 per share in the same quarter a year ago.

Toronto-Dominion Bank also hiked its dividend by 13 per cent (10 cents) from the earlier payout of C$ 0.79 apiece. The bank is scheduled to pay a quarterly dividend of C$ 0.89 apiece on January 31, against an ex-dividend date of January 7.

The bank also announced its intentions to repurchase up to 50 million shares. 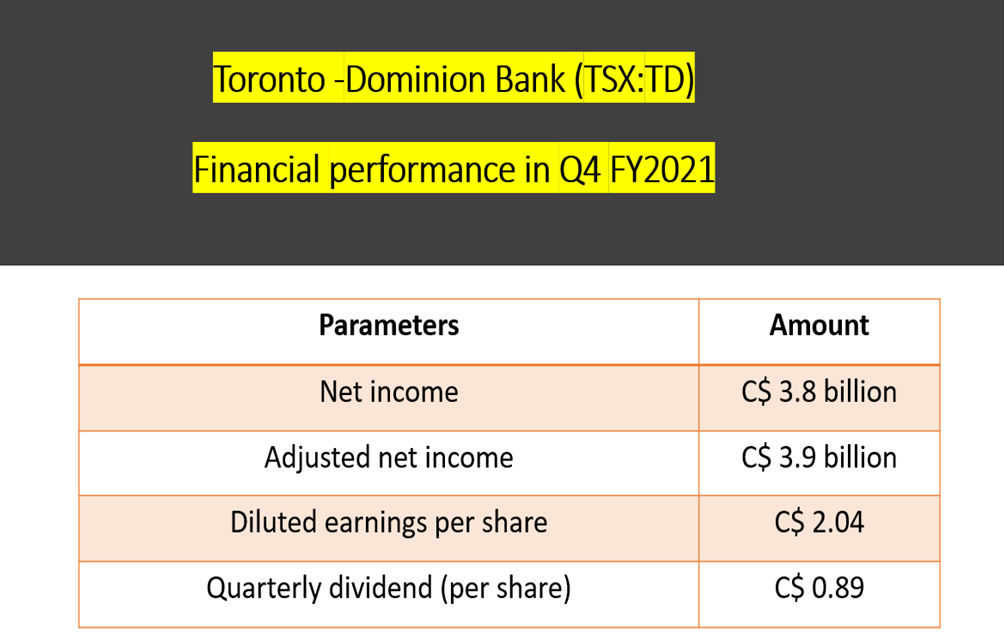 The CIBC posted a YoY surge of 40 per cent in its diluted earnings of C$ 3.07 per share in Q4 FY2021. The bank also announced its intention to purchase up to 10 million shares.

The CIBC also increased its quarterly dividend to C$ 1.61 per share, which was earlier C$ 1.46 per share. It is scheduled to pay this dividend on January 28, 2022, against an ex-dividend date of December 28.

Banks play crucial role in balancing the financial infrastructure of a country.

As this importance can strengthen their business model, bank stocks can be a resilient investment options for investors who are looking for safe and stable returns in the long term along with regular dividend income.

10 best financial services stocks to buy for long-term stability
We use cookies to ensure that we give you the best experience on our website. If you continue to use this site we will assume that you are happy with it. OK