On Thursday, April 21, Bank of Canada governor Tiff Macklem said larger increases in interest rates are not off the table. Since those comments, the TSX Composite Index has dropped 3.72 per cent.

Currently, the financial sector forms 31.32 per cent of the TSX Composite Index. Canada has some big banks, some of which provide services at a global scale.

Generally, bank stocks tend to benefit from interest rate hikes. On the back of this, let’s look at five TSX bank stocks.

One of two of the largest Canadian banks, Toronto-Dominion Bank’s stock closed Friday, April 22, at C$93.23.

TD has risen nearly 11 per cent over the last 12 months. On a year-to-date (YTD) basis, however, it has lost about four per cent.

The Bank of Nova Scotia is one of the Canadian banks that offer services at a global level and its stock closed Friday at C$85.06.

The stock has gained nine per cent in a year and lost five per cent in 2022. However, it ended the week in the green, up nearly 0.5 per cent.

The Bank of Montreal’s stock closed Friday at C$142.61. The stock has gained a notable 23 per cent in a year and is the only stock in this list with a positive YTD return value. It has risen nearly five per cent in 2022.

It has an EPS of 13.01 and a dividend yield of 3.73. On April 13, the bank said 13 nominees were elected as directors thereby confirming its board of directors.

The Toronto-headquartered bank saw its stock close at C$144.29 Friday. CM has gained 14 per cent in 12 months and fallen over two per cent this year.

Its EPS is 14.45 and dividend yield 4.463 per cent. On April 20, the bank announced that it expanded to a new office in Seattle to service innovation companies.

Also read: Is investing in gold worth considering during high inflation?

The stock Canada’s sixth largest bank closed Friday at C$93.28. The stock has gained over six per cent in a year and is down over three per cent on a YTD basis.

It has an EPS of 9.07 and a dividend yield of 3.731. On April 22, the bank announced that all nominees were elected as board directors in its annual shareholder meeting held that day. 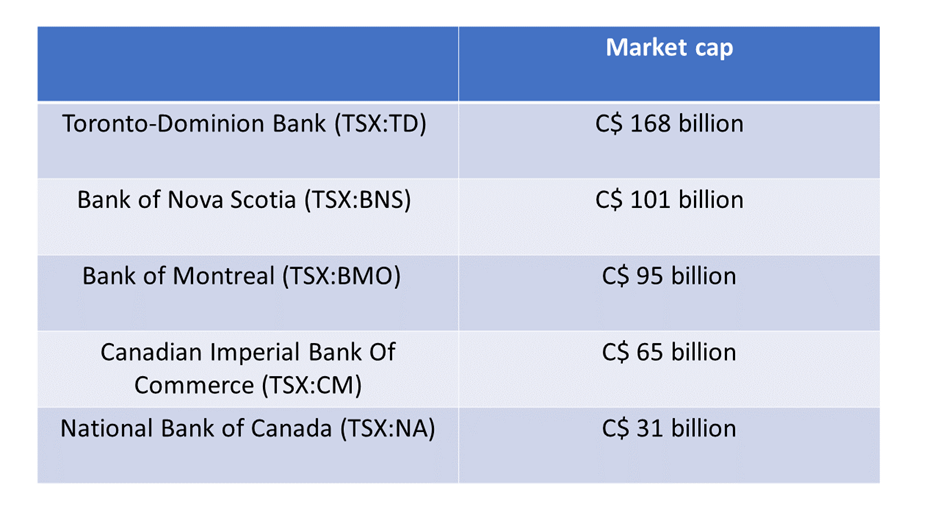 Also read: How to handle a bearish phase in the market?

Some investors may look to bank stocks amid possible large interest rate hikes. The S&P/TSX Capped Financial Index is down 3.13 per cent YTD.

The above five stocks have risen over the last year but are in the red on a YTD basis, except for the Bank of Montreal. This raises the question as to whether these stocks may be undervalued. Their dividend yields range from 4.7 to 3.7 per cent.