The Canadian stock market offers a variety of options for investors with different risk levels, investment goals, and approaches. Some prefer to trade actively, while others prefer to hold shares for the long term targeting capital gains.

Investors aiming for long-term gains can explore some financial stocks as these can help them reap substantial profits in the future. Also, the TSX financial index outperformed the benchmark index (up by nearly 16 per cent) by increasing by almost 18 per cent in the last 52 weeks.

Royal Bank of Canada recently announced acquisition of Brewin Dolphin Holdings PLC, a wealth management firm with operations in the UK and Ireland. It received approval from shareholders of the UK's financial service company and regulators. Its100 per cent-owned subsidiary RBC Wealth Management (Jersey), recommended a cash offer implying an equity value of about C$ 2.6 billion on a fully diluted basis.

Bank of Montreal also announced a public offering worth C$ 2.70 billion on March 22, which it intends to utilize for the Bank of the West acquisition.

On Friday, April 1, the bank said that it will follow a 1-for-50 reverse split of its outstanding MicroSectors TM exchange-traded notes (ETN) expected to be effective from April 11 this year and due till March 25, 2039.

Also read: Is it time to keep close watch on Air Canada (AC)?

Canadian Imperial recently released a statement announcing a domestic public offer of 4.20 per cent debentures of C$ 1 billion, expected to close on April 7. 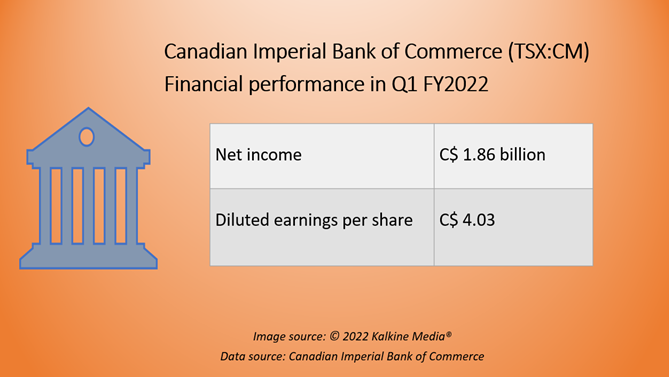 Royal Bank, Bank of Montreal and Canadian Imperial are some of the major banks in Canada and are known to be regular in dividend payments and dividend increments. However, investors should ideally align their investment according to profit targets and risk levels instead of trends.

Also read: Why is Inomin Mines (TSXV: MINE) stock sinking after rising 319% WTD?