Stocks of Canada's top banks seem to be facing a selloff situation as investors remain concerned about mounting inflationary pressure that could result in further rate hikes and affect the Canadian housing market. Amid these worries, the possibility of a recession has also cropped up, which could further impact investors' behaviour in general.

Stocks of Bank of Nova Scotia (TSX: BNS) have fallen by over 14 per cent so far in 2022, while Canadian Imperial (TSX: CM) saw its stock slip by nearly 15 per cent year-to-date (YTD).

Let us discuss these two TSX financial stocks and evaluate their overall performance to determine if they are worth exploring at their current discounted prices.

One of Canada's big lenders, Canadian Imperial, said that its quarterly net profit decreased to C$ 1.52 billion in Q2 2022 from C$ 1.86 billion in the previous quarter. Popular as CIBC, this lender held a return on equity (ROE) of about 16 per cent, representing its profitability calculated by dividing net profit by shareholders' equity. 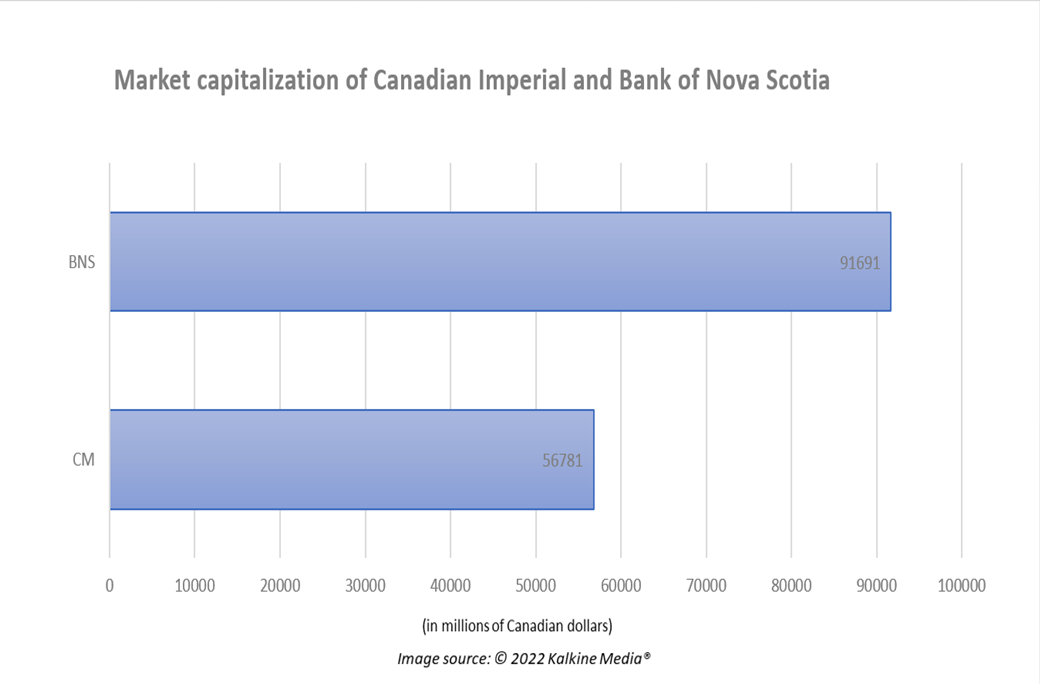 Also known as Scotiabank, this C$ 91-billion market cap lender posted an increased net profit of C$ 2.74 billion in Q2 2022 compared to C$ 2.45 billion in the second quarter a year ago.

BNS scrip lost more than four per cent in 52 weeks. As per Refinitiv data, BNS breached its May month support levels and dropped to a new 52-week low of C$ 75.37 on June 24. BNS's RSI value was approximately 32.13 on June 28, slightly up from the oversold territory.

Apart from dividend income, CM stock delivered a return of nearly 78 per cent in 10 years while BNS scrip gained by over 47 per cent since June 28, 2012. Though TSX bank stocks are in the red at the moment due to economic concerns, Canadian Imperial and Bank of Nova Scotia could be an explorable option for the long term for Canadian investors.