Penny stocks can typically be understood as companies that have smaller market cap and stock price that can grow with time. While they often draw investor attention with their discounted stock values, they also come with high volatility that traders need to be mindful about.

As the blockchain industry is expected to grow in the near future, penny blockchain stocks could be an option to explore.

On that note, let’s explore a few of Canadian blockchain penny stocks to look at.

Bitfarms is a Canadian bitcoin mining company with advanced data centers and bitcoin mining hardware. It is known to carry out large-scale mining operations in North America.

The company had launched its initial public offering (IPO) in July 2019, and held about 162.48 million shares outstanding as on July 15.

The crypto firm first got listed on the Toronto Stock Exchange Venture (TSXV) after the launch of its IPO in December 2007. It has a market cap of about C$ 11 million and 94.7 million total outstanding shares. 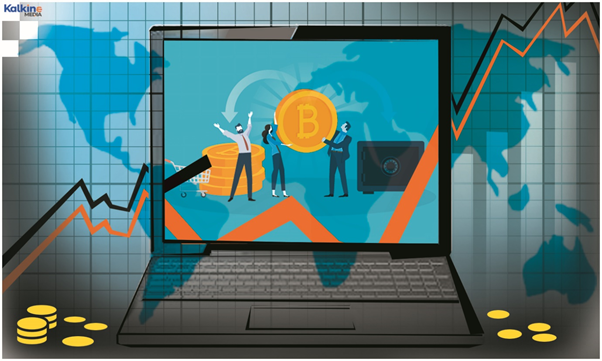 Neptune Digital Assets debuted on the stock markets in January 2018 via an IPO. It presently holds a market cap of about C$ 55 million and total outstanding shares of around 124.9 million, as per TMX.

The company, which owns, develops and runs digital currency infrastructure assets, saw its stocks close at a value of C$ 0.475 apiece on July 15.

Neptune’s scrips accelerated by nearly 70 per cent over the last six months. In the last one year, the penny stock increased by 375 per cent.

Neptune Digital Assets reported a net comprehensive income of $6.07 million in the quarter ending February 28, 2021. The enterprise also saw a 200 per cent quarter-over-quarter (QoQ) growth in its total assets in the latest quarter.