There's no doubt that 5G networks, which are slowly but steadily being carried out worldwide, will transform the way we use the Internet. There is a huge chance that investors might be looking to get a chance to invest in companies exploring the 5G space.

You're not alone if you're considering investing in 5G stocks. Many retail investors may be confused about which 5G stocks in Canada are worth their time and money.

We have done the legwork for you, and you can consider exploring the following stocks:

Telus is one of Canada's top 5G providers, having been at the forefront of the technology's development for many years. Telus, based in Vancouver, serves over 9 million consumers in the country with cellular, Internet, and television services.

On May 26, Telus announced it would invest C$ 8 million to roll out 5G networks and PureFibre in Minganie. In Q1 2022, Telus' net income, adjusted EBITDA, and consolidated revenue increased by 21 per cent, 7 per cent, and 6.4 per cent year-over-year (YoY). 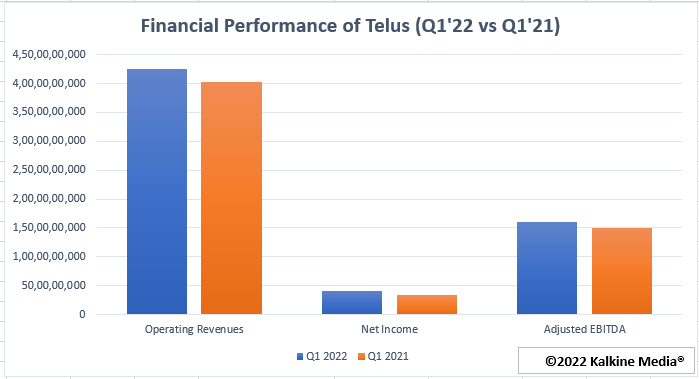 Sierra Wireless is a Vancouver-based cellular communications equipment manufacturer. The company's main goal is to wirelessly connect people and gadgets, making it a crucial player in the 5G sector.

In the first quarter of this year, Sierra's revenue jumped 60.1% YoY to US$ 173 million due to strong demand and realization of investments, said the company.

BlackBerry has grown from humble origins in Ontario to become one of the leading companies in mobile network security. Today, the company serves its customers in more than 175 countries. BlackBerry's focus on safety, which is more crucial than ever in the age of 5G, makes it a stock worth exploring.

In Q4 2022, BlackBerry's revenue was US$ 185 million, of which the revenue for the Internet of Things (IoT) was US$ 52 million. The company maintained a strong balance sheet as its total net cash position was US$ 405 million, and net cash generated from operating activities was US$ 10 million.

This Canadian software firm creates business solutions for a wide range of sectors. Enghouse is one of the world's major software and telecom suppliers, and it reportedly has more than 8,000 customers across at least 100 countries. As a result of its global reach, Enghouse could become one of the best 5G stocks to explore right now.

Rogers is known for generating passive income for its shareholders, and it announced a dividend of C$ 0.5 per unit, and its dividend yield is around 3.1 per cent.

In 2022, the company now expects to generate stronger results than the previous guidance. Rogers expects its revenue growth to range between 6% to 8% instead of 4% to 6%.

The wireless and Internet service provider has approximately 10 million customers and is among Canada's top three national wireless providers. BCE likely holds 30 per cent of the market share in the telecommunications sector.

In Q1 2022, BCE said its net earnings jumped 36 per cent YoY to C$ 934 million. Meanwhile, it maintained a strong financial position as it had over C$ 2.8 billion of available liquidity at the end of the first quarter of this year.