What stocks to buy as Canada's inflation rises?

Among all the prices, grocery prices surged the highest in December last year, up by 5.7 per cent YoY, mainly due to unfavourable weather situations and supply chain constraints, the data agency said.

This price rise in grocery products was reportedly the highest yearly increase since November 2011.

On that note, let us explore the stocks of the two largest grocers in Canada, Loblaw Companies (TSX: L) and Metro Inc (TSX: MRU).

The Canadian retailer, which presently has a price-to-earnings ratio of 22.6, reported net earnings of C$ 431 million, reflecting a YoY jump of 26 per cent.

Loblaw shares, on the other hand, closed at a value of C$ 95.77 apiece on Wednesday after clocking a day high of C$ 96.91. The grocery stock has catapulted by roughly 50 per cent in the past one month. 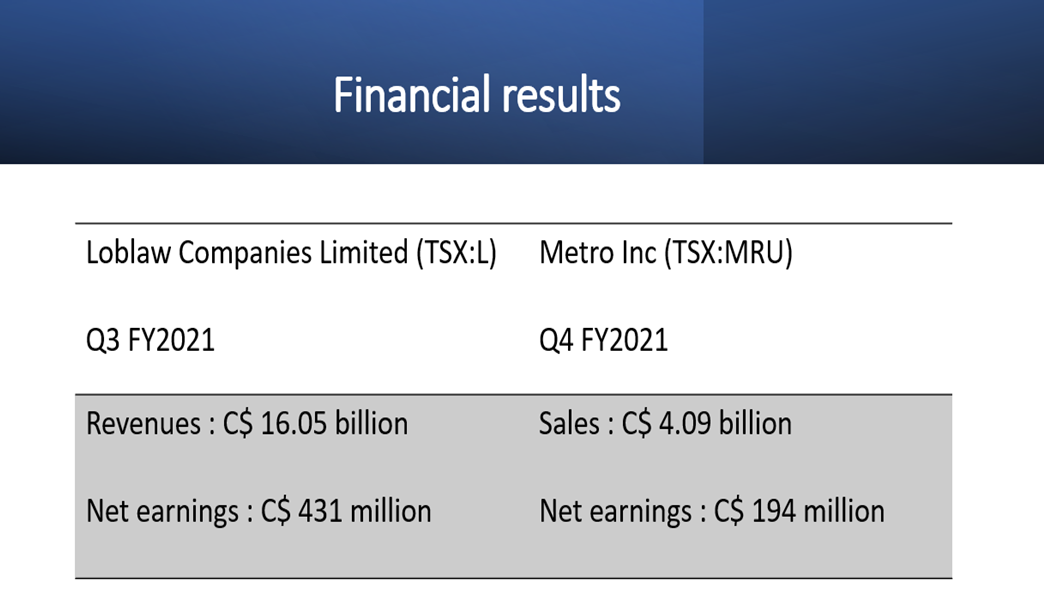 Metro Inc, one of the biggest grocers in the country, is scheduled to release its financial results for the first quarter of fiscal 2022 on Tuesday, January 25.

The Montreal-headquartered grocery company recorded sales of C$ 4.09 billion in Q4 FY2021, noting a YoY decrease of 1.2 per cent.

Metro posted net earnings of C$ 194 million in the fourth quarter of FY2021, noting a four per cent growth from the previous year.

Stocks of Metro Inc closed at C$ 66.48 apiece on Wednesday. The grocery scrip gained roughly 15 per cent in a year.

Loblaw and Metro also pay dividends to their shareholders every quarter. As these companies are in the grocery business, demand for their products is relatively stable, making them a reliable investment option.

However, investors should go through a company’s sales and earnings numbers to keep its health in check before investing.