The Canadian securities regulators have reportedly warned people about the increasing instances of financial elder abuse. Recently, a report by Statistics Canada revealed the number of Canadians aged between 55-64 has outnumbered Canadian aged between 15-24 for the first time.

If you are looking to remain financially stable when you are old, you could consider investing in some stocks for the long term. We have shortlisted five 'retirement stocks' listed on the TSX, and you may consider exploring them:

The real estate services company has operations in more than 60 countries and also provides investment management services. At market close on Friday, May 6, the CIGI stock was priced at C$ 141.19 per share.

Notably, the CIGI stock is known for its semi-annual dividends, and it registered a massive dividend growth of 24.4 per cent in the last three years. 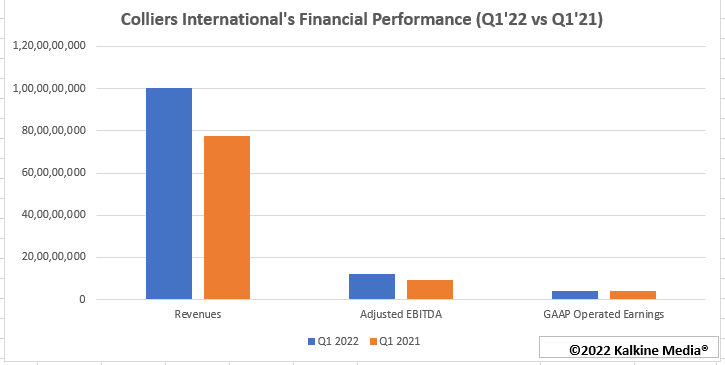 The basic materials company is involved in making diversified wood products and has business operations in Canada, Europe, the United States, and the United Kingdom.

The price-to-book (P/B) ratio of West Fraser is one, and generally, a P/B ratio of one or less than one is considered good for a company. The P/B ratio helps you identify whether you buy the stock at a premium or a discounted price.

In Q1 2022, West Fraser's sales amounted to US$ 3.1 billion, and earnings were approximately US$ 1.1 billion. Meanwhile, the adjusted earnings before interest, taxes, depreciation, and amortization (EBITDA) were US$ 1.59 billion.

It is one of Canada's largest oil and gas companies, and on May 6, 18.18 million ENB shares exchanged hands on the Toronto Stock Exchange (TSX).

Enbridge has a history of paying frequent dividends and is one of the most popular stocks in the country. Enbridge has a dividend yield of around six per cent, and its return on equity is 11.3 per cent.

During the trading session on Friday, the ENB stock climbed 2.2 per cent and closed at C$ 58.47 per share. Meanwhile, its market capitalization is around C$ 118.5 billion, making it a blue-chip stock.

TMX Group operates multiple global markets to provide investment opportunities to the people, and its markets include the TSX, TSX Venture Exchange, and the TSX Alpha Exchange, among others.

As per Refinitiv data, the Relative Strength Index (RSI) value of the TMX Group is 58, and it appears to be above the neutral zone, indicating that the stock is in an upward position.

Dollarama is spread across Canada and is an operator of retail stores with discounted products. The stores sell everyday consumer products, seasonal items, and general merchandise.