Policies look good on paper, but support for the lesbian, gay, bi (sexual), transgender, queer, and other gender identities, goes beyond mere words of solidarity. While corporations take steps to take the pride movement forward through their contributions, some manage to truly make the world a more gender inclusive place.

In this coverage of the 2021 Pride month, let’s take a look at some companies that have made efforts in uplifting their LGBTQ+ community employees, and have stepped up to increase their inclusion at workplace.  Their practices not only include awards, but several offerings that are aimed at pushing the agenda of gender inclusivity.

Here are the companies which have been celebrated for their efforts to uplift the community—Apple Inc. (NASDAQ:AAPL, AAPL.US), Google’s parent Alphabet Inc. (NASDAQ:GOOG, GOOG.US), Gap Inc. (NYSE:GPS, GPS.US), and Enbridge Inc. (TSX:ENB) (NYSE:ENB).

We also covered some winners of the various LGBTQ awards, based on their policies and practices here.

One of Canada’s champions of workplace gender inclusivity, the Canadian energy sector player has been recognized at multiple platforms for its steps at promoting diversity at workplace.

The Corporate Equality Index 2021, curated by the Human Rights Campaign foundation rates Enbridge as one of most LGBTQ+ friendly places to work. It received a 100 percent rating for its operations in the US, similar to its 2020 rating.

The energy sector company was also recognized for its gender inclusiveness through the Bloomberg Gender Equality Index in 2020 and 2019.

Enbridge has also partnered with Pride at Work (Canada) to allow more networking and interaction for making workplaces more inclusive. It is also a member of the Human Rights Campaign Foundation as well as the Corporate Canadian Index for LGBT, which assesses LGBT community’s inclusion in Canadian corporate entities.

Apple’s commitment to the rights of the LGBTQ community has been known globally though the company CEO Tim Cook’s steps. Mr. Cook, one of the honorary co-chairs at the 2021 GLSEN (the Gay, Lesbian, and Straight Education Network) Awards 2021, was an awardee at the 2019 GLSEN awards for his commitment towards improving workplace conditions for queer communities.

The technology giant also scored a 100 rating in the Corporate Equality Index, 2021. The index is constituted by the Human Rights Campaign Foundation every year, which takes note of companies nondiscrimination and corporate social responsibility practices.

The company also launches their pride edition watches every year to show their support for the community. This year’s Apple Pride Watch was launched in May 2021.

Apple has also been involved with organisations including Encircle, Equality North Carolina, GLSEN, The Trevor Project, and with ILGA World, an international body for support the LGBTQ+ community, among others.

Google’s parent company has been making tremendous efforts to recognize the struggles and support the LGBTQ community in its various initiatives.

Being the world’s largest search engine, the company added features including providing information about the available gender-neutral restrooms on its Google Maps service. The feature allows business owners to list their outlets as LGBTQ-friendly, or transgender friendly spaces.

It has also curated a list of LGBTQ+ history and leaders for users who wish to learn about the pride movement.

The company has also donated about US$ 4 million to contribute towards the ‘equitable’ recovery of LGBTQ+ communities internationally. Google.org contributed about half the amount to Outright Action International’s “Covid-19 Global LGBTIQ Emergency Fund”. This contribution will help in providing food, shelter and job training to the community.

It is also contributing about US$ 1 million to support Transgender Law Center and Transgender Legal Defense & Education Fund. 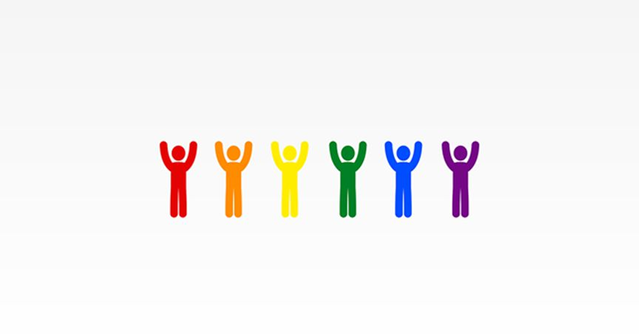 The NYSE-listed apparel and accessories company has been recognized by the Human Rights Campaign foundation as one of the most LGBTQ-friendly workplaces in the US multiple times, including in 2021.

Looking at its earlier efforts, the apparel maker also collaborated with the United Nations Human Rights in 2017, to sign on to a set of rules meant to protect LGBTQ community employees from discrimination.

The UN-enforced set of rules seek accountability from businesses, in terms of creating an inclusive workplace for LGBTQ community.

The company has also contributed towards raising awareness on the issues pertaining to the community, apart from updating its benefits and healthcare policies to increase coverage scope of the transgender community.

In June 2021, also donated US$50,000 to GLAAD, a non-governmental organization working in the media monitoring space and working towards increased acceptance of the LGBTQ community.