Lower inflation numbers for June 2021 and abrupt rise in cannabis stocks triggered a notable jump in the Canadian main index on Wednesday, June 28.

The TSX gain was slightly negated by underperforming industrials (0.38%) and technology (0.21%) sectors. 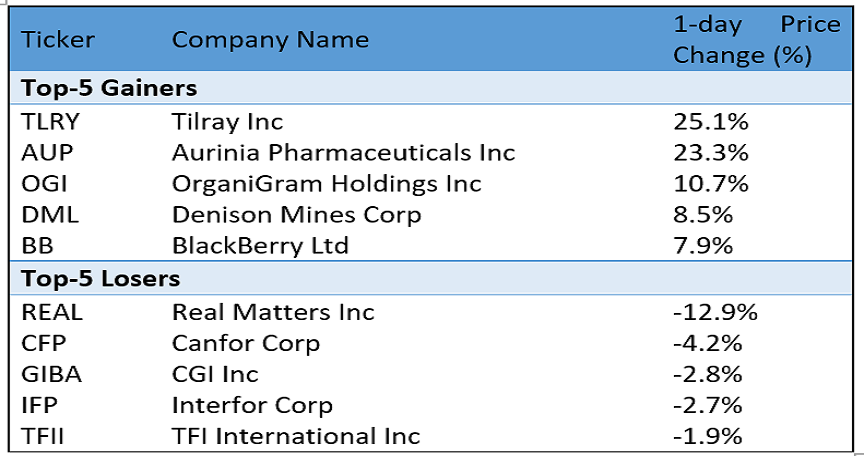 After the US Federal Reserve indicated that it plans to keep interest rates around zero and maintain its entire range of instruments to promote the economic recovery during the pandemic, US indexes finished mixed on Wednesday.

On Wednesday, the Canadian Dollar gained some ground against the U.S. Dollar, while USD/CAD ended lower at 1.2527, down 0.58%.

The U.S. Dollar index fell for the third straight session day against the basket of major currencies and closed at 92.26, down 0.19%.

The Canada 10-year bond yield, on the other hand, stood firm and closed at 1.170, with no change from the previous day’s close.