The main Canadian index shot up on Friday, July 29, amid relatively positive earnings results from some of the significant market players and the latest gross domestic product (GDP) estimates that indicated an expanding economy for Canada.

On a monthly basis, the benchmark index noted a growth since March after edging higher by 4.41 per cent.

Energy stocks, one of the top performing sectors on TSX this year, helped boost the main index as Canadian oil entity Imperial Oil Ltd (TSX: IMO) grew about four per cent on Friday after reporting a significant jump in its Q2 FY22 bottomline.

The base materials sector also grew by about two per cent as prices of metals like gold and copper jumped, while cyclical segments like industrials and financials also noted gains amid positive economic projections. 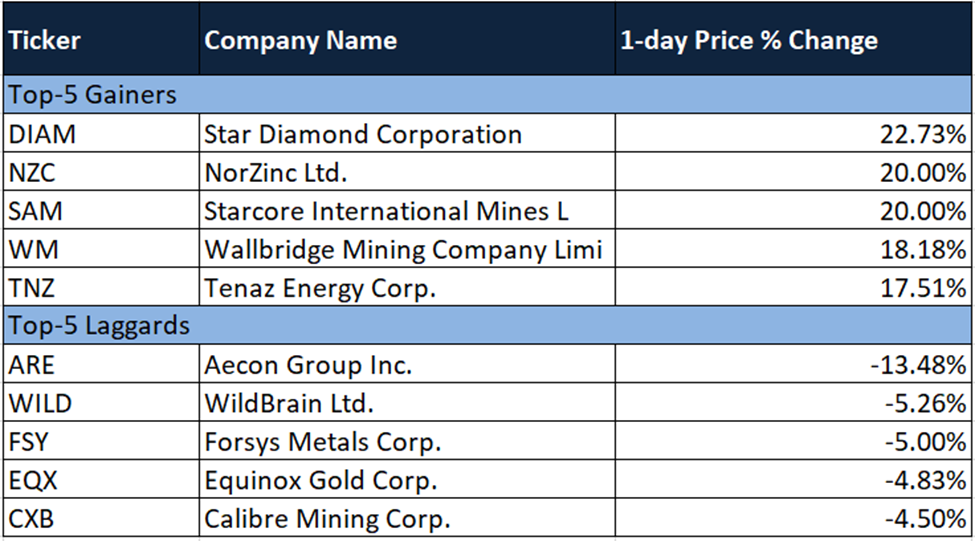 US stocks also extended their rally on Friday amid some notable positive earnings despite inflation-induced hindrances.

While the loonie slipped against the US dollar on July 29, it rose for the second week in a row amid an overall gain in the equity markets.