Canadian stocks settled in red for the fourth consecutive session, down 0.35% to 20,633.06. The negative closing was mainly driven by weakness in large weightage financials, industrials and utilities stocks which was partially offset by strength in energy, healthcare, and base metal stocks.

Increasing Delta variant cases in North America is taking a toll on bulls as hospitalization cases are ramping up and a fear of a new wave of travel restrictions could further hit the pace of economic growth which is already growing at a pace below expectation.

However, the index managed to trade above its 21-day SMA which acts as crucial short-term support for the index.

One-year price chart (as on September 13, 2021). Analysis by Kalkine Group 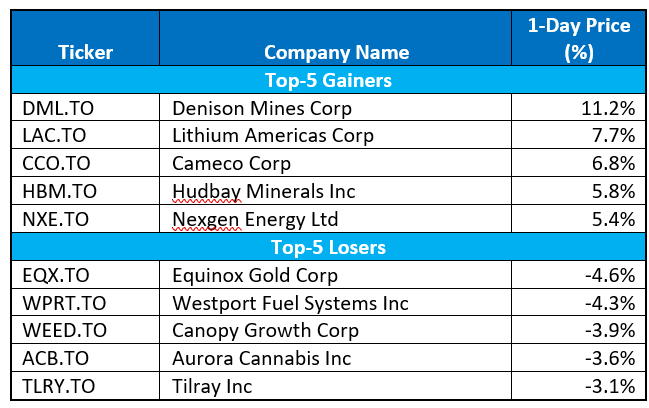 Stocks struggled to maintain an early rising trend on Friday, September 10, and came under pressure throughout the trading day. The Dow and the S&P 500 finished down for the fifth consecutive session as a result of the day's decline.