Sweetgreen, the American fast-casual restaurant chain known for serving salads, filed for its initial public offering, and will likely be listed on the New York Stock Exchange (NYSE).

The move came late on Monday, October 25, after the restaurant chain filed documents with the authorities four months after it said it was going public.

If the IPO happens, Sweetgreen will become the fifth restaurant brand to go public in the US equities market. However, the company has not announced the price range of the shares, nor is there information on how many shares it would offer.

The 140-unit fast-casual restaurant chain has applied for 'SG' as its stock symbol. The underwriting responsibility would be on Goldman Sachs & Co. LLC, J.P. Morgan, Morgan Stanley, and Citigroup.

Although the date for the IPO would be finalized after the final registration statement is approved by the Securities and Exchange Commission (SEC), it seems that Sweetgreen could soon set the terms for the initial public offering.

Once the IPO is finalized, retail investors may get hold of the pre-IPO shares through selected stockbrokers or trading platforms offering the stock before the company starts trading in a stock market. 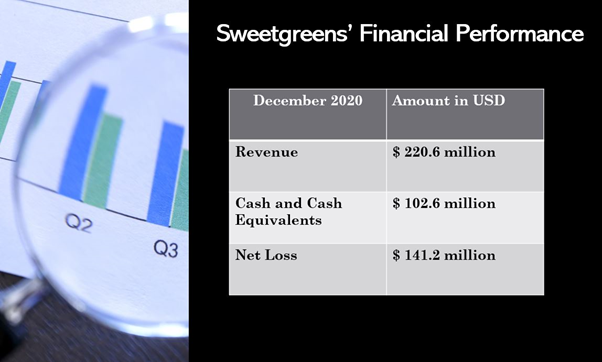 Sweetgreen has opted for an IPO as it plans to use the gross proceeds for capital expenditures, general corporate purposes, operating expenses and working capital.

The company would also spend money enhancing the robotic technology, which came to Sweetgreen after acquiring Spyce, a restaurant managed by robots.

Sweetgreen is looking to grow rapidly as it added around 21 locations in the past year, and it plans to double the current number of stores in the next three to five years.

In addition, the restaurant chain plans to diversify the store formats by adding features like drive-thru or setting up pick-up only stores.

If the company managed to densify its markets, Sweetgreen could increase its presence in a wide variety of neighborhoods.