Nubank eyes $2B IPO: How to buy the fintech giant’s stock?

Nubank, a Brazilian digital bank, is said to be planning for an initial public offering (IPO) in the North American market, with an aim to raise US$ 2 billion in gross proceeds.

Earlier in April this year, Nubank was reportedly in touch with some bookrunners after it secured US$ 400 million in a Series G funding round in January.

The Brazilian bank had extended its Series G funding round in June and went on to raise about US$ 750 million. Report suggests that the latest round of funding increased Nubank’s valuation to approximately US$ 30 billion.

The June 2021 funding round was led by conglomerate Berkshire Hathaway, which invested some US$ 500 million.

A little about Nubank

If the digital bank meets all the IPO requirements in the US, Nubank's IPO would be among the biggest ones to come out of Latin America.

Started as a financial technology company in 2013, Nubank began its operations in Brazil by offering fee-free credit cards. Today, it has emerged as one of the leading digital banks in the world with more than 40 million customers. 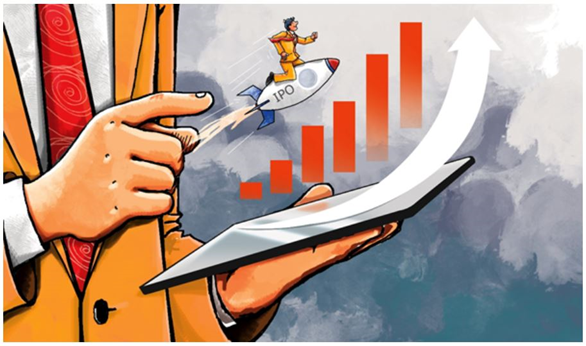 Nubank claims to have over 24 million people credit card holders and clients in almost every Brazilian city.

Also Read: Form Energy IPO: How to invest in this clean stock?

The Brazilian bank is planning to list its shares on the Nasdaq platform. It is expected to have leading underwriters like Goldman Sachs, UBS, Morgan Stanley, etc. for its IPO.

Nubank also seems to have positive sentiments for cryptocurrency, being a crypto-friendly digital bank.

To offer services to crypto enthusiasts, Nubank is said to allow its customers to make investments in a bitcoin exchange-traded fund (ETF) through trading platform Easynvest.

To buy the pre-IPO shares of Nubank, interested investors can explore the options of seting up a trading account with a brokerage company. They can also book a stockbroker who may have access to the shares of Nubank before becomes a publicly-traded company.

Unlike traditional banks, Nubank has a different working model. This could be a reason why it attracts over 40 million customers.

With a public debut ahead, Nubank seems to have the potential to expand its business operations globally.