After the deal was terminated, Betsy Cohen, chairman of FinTech Acquisition, said that eToro has a track record of development and it is still the top worldwide social investment platform.

Meanwhile, Yoni Assia, the chief executive officer and co-founder of eToro, said that the result might not be what the company had hoped for, but the core business of eToro is still robust.

As per the official statement, Mr Assia said that eToro's balance sheet is solid, and it aims to continue to strike a balance between future growth and profitability.

eToro had about 2.7 million funded accounts at the end of Q2 2022, up over 12 per cent from the end of 2021. The growth indicates that the company's acquisition and retention rates have been rising.

Why didn't the deal go through?

According to Mr Cohen, the transaction didn't go through as it became impossible due to factors beyond either party's control. Also, the merger could have been terminated due to highly volatile market conditions.

In 2022, the IPO and SPAC mergers have remained weak due to various macroeconomic factors. Now, with rising inflation and increasing interest rates, it is highly unlikely that investors would opt to invest in private companies going public.

The decision to cancel the merger won't result in payment by any party in the form of a termination fee. 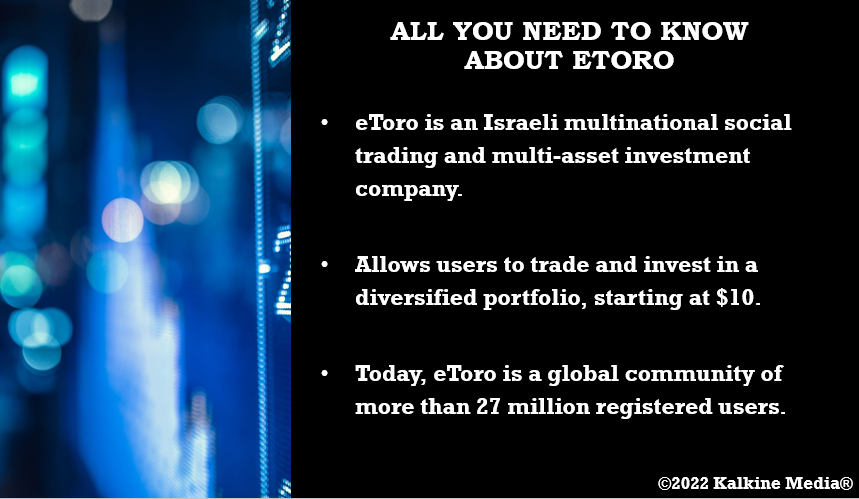 As per the company website, anyone can try to increase their money by joining eToro, a social investment network. To open up the world's markets so that anybody can trade and invest easily and transparently, eToro was established in 2007.

More than 27 million people have signed up for eToro since its inception, and it provides a platform for users to share their investment techniques. Anyone can copy the methods of the most successful users.

Users may effortlessly buy, hold, and sell assets, track their portfolios in real-time, and transact whenever they want.

Please note, the above content constitutes a very preliminary observation or view based on industry/market/digital trends and is of limited scope without any in-depth fundamental valuation or technical analysis. Any interest in stocks or sectors should be thoroughly evaluated taking into consideration the associated risks.