Cybereason IPO: How to buy this cybersecurity stock?

Massachusetts-based cybersecurity technology company Cybereason is reportedly looking to go public and has confidentially filed for an initial public offering (IPO) in the US equities markets.

Cybereason could be reportedly valued at around US$ 5 billion in its public debut, and Alphabet's Google and SoftBank back the company.

Lior Div, chief executive officer (CEO) and co-founder of Cybereason, had started the company in Israel in 2012, and the business operations later got shifted to Massachusetts in 2018.

Notably, the company has emerged as the leading provider of endpoint protection, which includes securing large corporate and government networks.

Due to its rising popularity, Cybereason often keeps investors looking up for its IPO plans, and it seems this time the company will most like to go public in the United States.

When is Cybereason IPO happening?

Since the cybersecurity company has reportedly filed for a confidential IPO, the expected public debut details are unknown. It is not clear when will Cybereason go public.

As the details are not known, the price range, quantity of shares and financials of the company are not known. 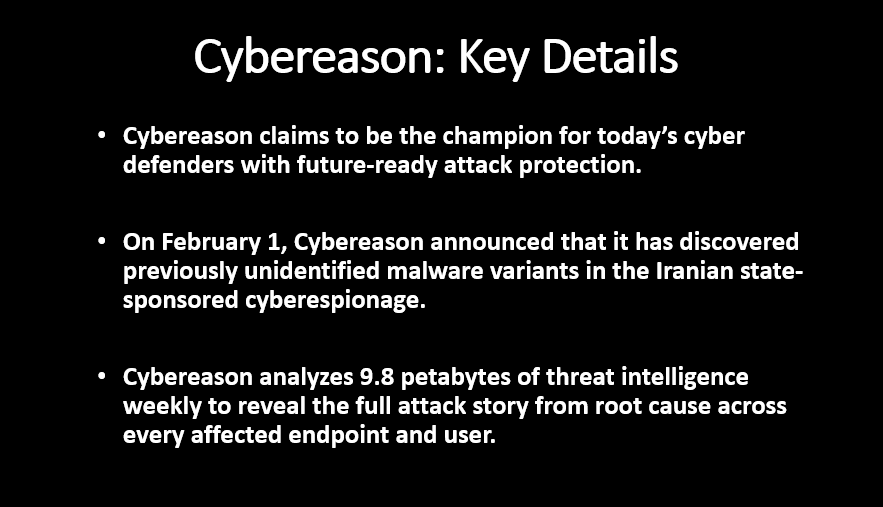 As a retail investor, you cannot buy cybersecurity right now. If and when the company files a registration statement with the Securities and Exchange Commission (SEC), then it would become clear for retail investors when can they buy Cybereason stock.

Over the years, cyber-attacks have troubled the world, and it remains a big issue in today's digital age. Often, hackers target large corporations to steal their data and extort money from them.

Cybereason is a defender and claims to address the issue of cyber-attacks and put an end to them.

The company's technology has reportedly unearthed many hacking schemes, including one where perpetrators got away with large amounts of company data from several telecommunication companies.