Sultan Resources Limited (ASX: SLZ), a Gold and Base metals explorer, in mid-March had entered into a binding agreement to acquire 100% of Colossus Metals Pty Ltd which holds critical Gold and Copper exploration licenses, in the Lachlan Fold Belt of the new South Wales. On 08 May 2020, the Company confirmed the shareholder approval for the acquisition of Colossus Metals. 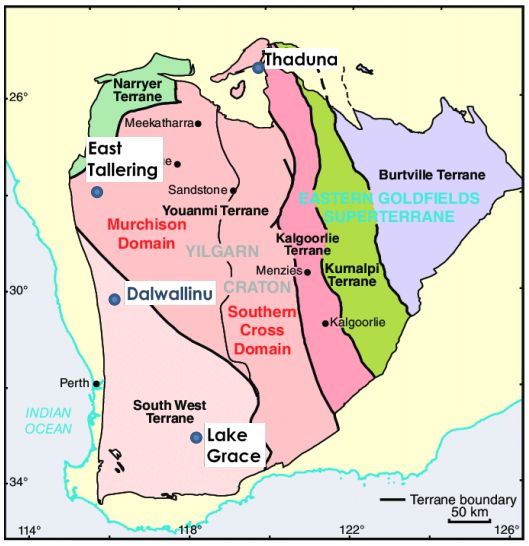 Sultan held a shareholder meeting on 1 May 2020 where the stakeholders voted overwhelmingly in favour of the acquisition. Sultan contemplates the new additions to complement the existing portfolio and diversify it further. A wide range of mineral resources projects of different commodities minimises the risks considerably and maximises the value creation possibilities.

Exploration Activities at the Macquarie North

Colossus owned Macquarie North includes 3 prospective Au-Cu porphyry targets namely, Big Hill, Ringaroo and Tucklan, located in the northern extension of Macquarie Arc. The project in the Lachlan fold belt is situated in one of the most sought exploration grounds in the country.

An initial work planning and budgeting for the three prospects are well advanced. 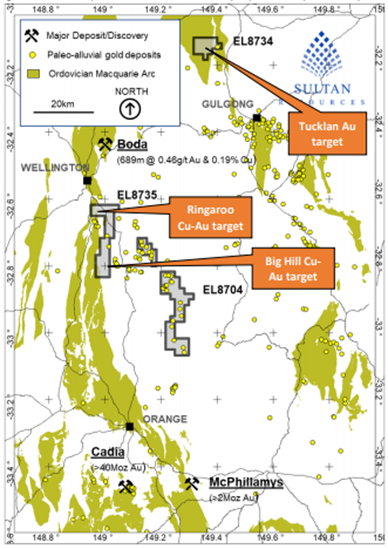 The geological, geophysical and geochemical properties indicate the possibility of strong Au-Cu porphyry mineralisation, similar to the Alkane Resources’ Boda prospect. The Alkane’s Boda prospect intercepted an intersection of 1,167 metres with 0.55 grams Gold per tonne ore and 0.25% Copper just from one of the drilling holes from the latest drilling results. The Big Hill prospect is anticipated to hold large scale Au-Cu porphyry, which is a Cadia style mineralisation.

Phase 1 of the exploration program is under progress and includes the collection of soil and rock chip sample for logging across all the three prospects. The samples are being analysed for the presence of gold and an extensive suite of 53 elements to complete the mapping of the alterations and geochemical interpretations. Geochemical results and mapping will help develop a much-advanced understanding of the local geology of the Macquarie North project. Post the completion of the geochemical program, an Induced Polarisation (IP) survey would be undertaken to locate widespread pyrite halos at varying depths.

During the first quarter of 2020, Colossus conducted an exploration groundwork at the Big Hill, Ringaroo (EL8735) and Tucklan deposits. Extensive soil and rock chip samples were collected and have been sent for assaying at the ALS in Orange. The results of the same are anticipated in the coming 2-3 weeks.

The second stage of the exploration program would include extensive drilling across all the priority targets. As of today, no historic drilling programs at the Big Hill, Ringaroo or Tucklan targets have been recorded, which is unusual for a gold-copper project with such high prospectivity in the hottest exploration grounds.

Sultan is well placed to fund the exploration activities at the newest addition to its portfolio with a war chest of over $2.3 million.