From FRX to TLS, MAQ: How are these telecom stocks faring on ASX?

Telecommunications is one of the major infrastructure services of the world and it would not be wrong to say that telecom services has made the world a smaller place with increased connectivity and enhanced data services.

Additionally, the COVID-19 pandemic induced work from home culture has made the requirement of telecom services more essential and prominent.

Australia has a competitive and mature telecommunications market which is expected to grow in the future.

In this article, we at Kalkine Media® will  discuss some stocks from the Australian telecommunications space 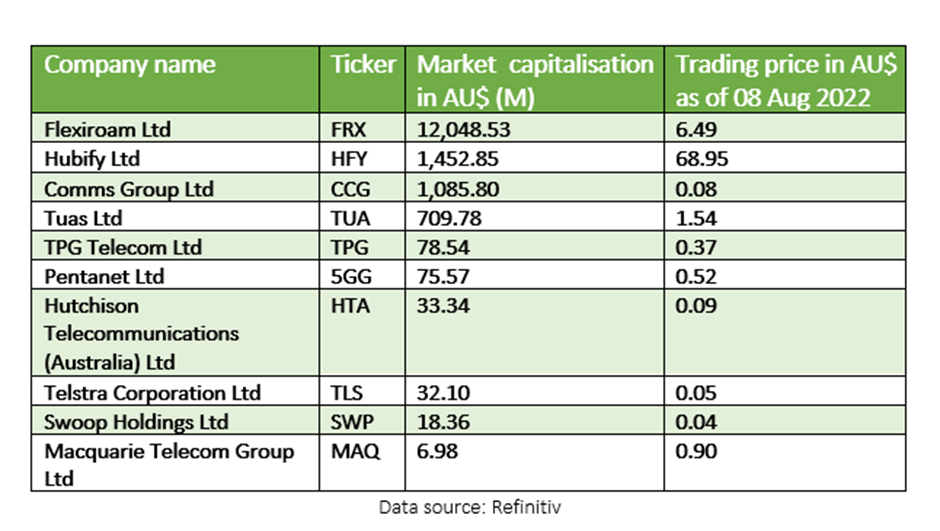 The company ended the quarter with a strong cash balance of AU$3.6 million.

Hubify Ltd, a leading telecom and IT services provider, entered a new supplier agreement with Swift Media Limited (ASX:SW1) in May. Under the agreement, Swift will enable Hubify to offer customised communications and entertainment solutions to its huge and expanding Aged Care customer base. The 54-month contract is worth more than AU$1.5million of which 83% is recurring.

In April, Hubify acquired Managed Services and Telco business of Connected Intelligence which will generate revenue worth AU$2.6million and EBITDA of AU$0.87million on a yearly basis. 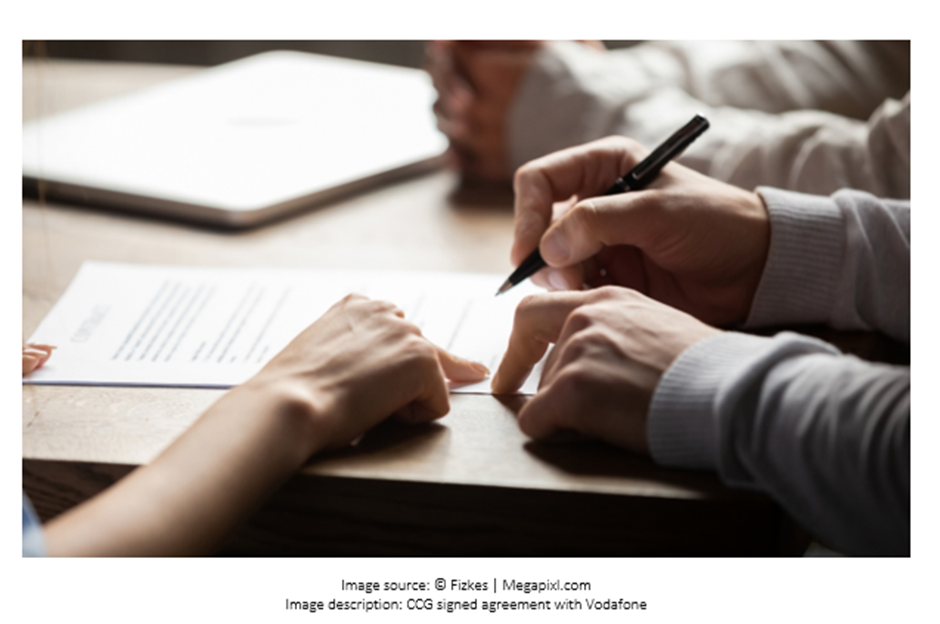 Comm's Group revenue for 1H FY22 was 90% above its previous corresponding period (pcp). Similarly, its EBITDA increased by 63% compared to pcp.

Tuas is a mobile network and telecom services provider. In the half year ended 31 Dec 2022, the company's revenue increased by 113% compared to pcp. Similarly, its EBITDA for the period was S$6.3 million. Tuas has witnessed a constant growth in its subscribers, starting from 172k in Q1 FY20/21 to 487k in Q2 FY21/22. The company also launched two new products, Simba Super Roam and Simba Super IDD Pack, during the reporting period.

Outlook – Tuas was expecting to launch 5G standalone services in 2022.

TPG is one of the top telecommunications companies in Australia. Last month, TPG completed sales of its passive mobile tower and rooftop infrastructure (Tower Assets) to OMERS Infrastructure Management Inc. Total enterprise value of the deal amounted to AU$950 million.

In the half year ended 31 Dec 2021, the company reported an EBITDA of AU$1,731 million. Similarly, the company declared fully franked final dividend of 8.5cps. The company is well on track to double its subscriber base to 160k by the end of FY22.

Hutchison is an ASX-listed telecommunications business which holds a 25.05% equity interest in TPG Telecom Limited (ASX: TPG). In 2009, Hutchison merged its telecommunications business with Vodafone Australia (3 and Vodafone) in a 50:50 joint venture. The merger created a huge business and brought along the unified global expertise, research and development abilities and support to offer one of the top services to the people of Australia.

Following are the highlights of the company for the half year ended 30 Jun 2021:

Swoop Holdings, an internet telecommunications company, witnessed strong growth in customer receipts in Q4 FY22 with an increment of 123%. The growth in customer receipts demonstrated a high demand for customer services in a post-pandemic hybrid working environment. The company’s cash flow for the quarter was AU$3.0 million, compared to AU$1.6 million of the previous quarter. Other highlights of the quarter are as follows:

Macquarie Telecom Group Ltd specialises in government cyber security, data centre and the cloud. In June, the company reported that its unaudited EBITDA for FY22 is anticipated to be towards the higher end of AU$85 million to AU$88 million as previously announced.

In the half year ended 31 Dec 2022, Macquarie reported a 16.8% compound annual growth rate (CAGR) of EBITDA over the past three years and revenue growth of 7.3%.