Tech-heavy NASDAQ, which tumbled last week, once again dropped on 08 September 2020. NASDAQ Composite slipped by 4.11% while the other indices also took a hit and closed in the red zone. The influence was also felt on ASX with all the sector indices where all the sector indices declined today. The benchmark index S&P/ASX 200 dropped 2.15% from the previous close and ended at 5,878.6.

The energy sector was the worst-performing sector, with a decline of 4.68%. The Information Technology sector, which was the worst performer last week, was down 2.39% from its previous close.

There was a correction in the tech sector with the shares of major tech players slipping, indicating that they might be entering the bearish zone. In this article, we would look at a few ASX-listed technology stocks which have dropped significantly.

Computershare Limited is engaged in financial and governance services, including employee equity plans, stakeholder communication, and mortgage servicing, among others.

As per the Company CEO, CPU’s operating business demonstrated its resilience during the pandemic-led crisis. Despite the challenges imposed by COVID-19 and associated volatility, the Company continued to perform well in the last few months of FY2020. Before the COVID-19 era, Computershare was trading comfortably ahead of the internal budget assumptions. More than 75% of the Company’s revenue is recurring, and since March 2020, the Company’s market-facing and event revenues were impacted by the reduced activity levels. The drop in the interest rates slashed Margin Income. 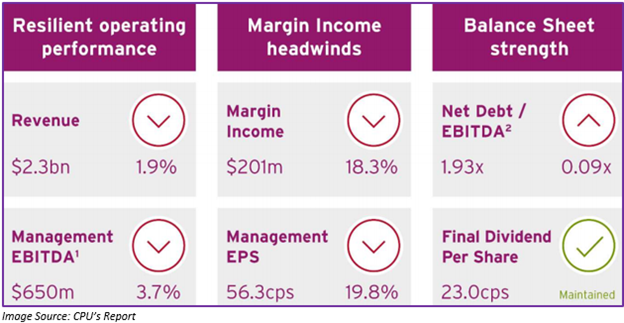 CPU’s balance sheet remained strong with a free cash flow of A$506 million. It supported the Company to invest in its growth engines. The Company has plans to build stronger businesses with size and more coverage to positive structural growth trends.

In the last six months, the CPU shares have delivered a fair return of ~12%, and in the previous month, the shares have provided a negative return of 7.81%. CPU share price stood at A$12.360 at the end of the session. The Company has a market cap of A$6.9 billion and 540.88 million outstanding shares.

There was a significant improvement in the annual contract value to US$103 million at the end of the half-year ended 30 June 2020. By the end of the period, the net cash position of the Company stood at A$126 million. Also, the Company declared a 50% franked interim dividend of 4.5 cents per share, up 12.5% on pcp.

Appen has been included in the S&P/ASX 100 Index in the quarterly rebalance, effective 21 September 2020.

In the last six months, APX shares have delivered an impressive return of ~92%. However, in the previous month, the shares fell ~12%. Appen share price closed at A$31.500, down 4.139% from its last close. The Company has a market cap of A$4 billion and 121.66 million outstanding shares.

TechnologyOne Limited is amongst the largest enterprise Software as a Service in Australia. The Company reported a 6% growth in profit after tax to A$19.1 million in 1H FY2020 (period ended 31 March 2020).

TechnologyOne’s impressive performance in 1H FY2020 played a crucial role in supporting the Company’s share to surge on ASX. In the last six months, TNE shares have delivered a return of 14.54%. In the previous month, the shares fell by 7.43%. TNE share price stood at A$7.600 at the end of the session, down 1.554% from its last close. TNE has a market cap of A$2.46 billion and 319.3 million outstanding shares.

GOOD READ: How TechnologyOne is dealing with enquiries related to audited results