Greenland Minerals Limited (ASX:GGG) is sitting on one of the largest undeveloped Rare Earths (RE) deposits globally, the Kvanefjeld Rare Earths Project in Greenland. The Company has been operational in the important mineral province of Greenland for over a decade.

The Company’s emerging world-class RE Project is well-placed to be an important global RE supplier of materials that are key to an energy-efficient, and environmentally sustainable future and may bring benefits to Greenland and Europe. The Kvanefjeld Project has considerable advantages as a RE source, most notably its favourable metallurgy and widespread availability of critical RE. 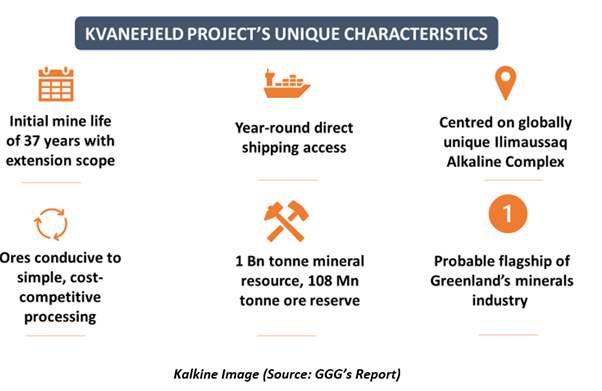 Developments have been fostering well at the Kvanefjeld Project over the past months. Notably, the EIA review and update process are scheduled for completion on 26 August 2020.

A major driver of Project developments has been the support of Shenghe Resources, Greenland Minerals’ largest shareholder. Shenghe brings full RE value chain proficiency to the Kvanefjeld Project. Consequently, Greenland Minerals has been working closely with Shenghe to establish fully integrated supply chains to global end-users.

Shenghe Resources Holding Co. Limited is a China-based company principally engaged in the mining, smelting and separation, and deep processing of RE. It has a whole supply chain of RE business, that is fully integrated. Specifically, Shenghe’s business comprises mining, refining, RE oxides as well as RE Metals.

A leading international RE company, Shenghe supplies end?user industries globally with high purity RE metals and oxides. It has played a key role through technical proficiency in the successful restart of the Mountain Pass RE mine in the US.

Significantly, Shenghe holds Chinese production quotas for the mining and separation/refining of RE.

Shenghe is Greenland Minerals’ largest shareholder with a 10.5% stake. Kvanefjeld Project seems to be optimised by this sector leader and major shareholder, that invested in Greenland Minerals and commenced collaboration in 2016. Both sides set up a strong and positive relationship. 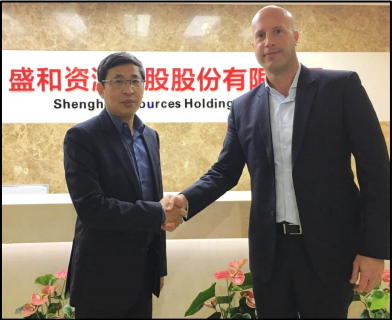 “Over the past few years, we are very happy to work with GML to participate in the Greenland Kvanefjeld project and make effort to the European economic development”, says Mr. Hu Zesong, Chairman & CEO, Shenghe Resources.

Shenghe regards Kvanefjeld to be one of the world’s most significant and high-quality RE projects with unique, special and advantageous metallurgy. Interestingly, Shenghe surveyed over 60 projects in the world and was impressed by the quality of technical work conducted by GGG, and their committed and responsible approach to the environment and Greenland society.

Subsequently, both companies commenced a strategic relationship, which involved technical work programs and visits by Shenghe geologists to the project area.

In 2017?18, Greenland Minerals undertook technical work programs with Shenghe that improved the metallurgical performance, simplified the development strategy and infrastructure footprint in Greenland, with optimised Feasibility Study outcomes announced in mid?2019. Other work programs are outlined below:

For Shenghe, investment in Greenland Minerals is aimed to secure access to RE resources outside China which are capable of supporting a range of RE businesses, facilitating long term internationally focussed growth opportunities.

Together, Shenghe and Greenland Minerals primarily aim to develop the Kvanefjeld project and lead it into production. They aspire to integrate into the European development process- collectively work in the European industry, in areas of construction, processing and materials fabrication to establish win-win relationships with partners.

The greater focus may shift to off-take and marketing discussions and the downstream processing strategy. Besides, setting up a good relationship with the Greenlandic industry also remains a focus area.