Shree Minerals Ltd. (ASX:SHH), the experienced diversified explorer and miner, released the annual report for the fiscal year 2020 ending on 30 June 2020. The annual report discussed the growth opportunities pursued during the year and the addition of new critical minerals project to Shree’s arsenal.

Arunta Joint Venture: Gold and base metals Projects to lead the way

Shree Minerals in June announced entering into a farm-in and Arunta joint venture agreement with Territory Lithium Pty Limited to explore gold and base-metals tenements in the Northern Territory. The gold projects include Box Hole, Edwards Creek and Bruce prospects stretching across the tenements including EL 31225, EL32419 and EL32420. 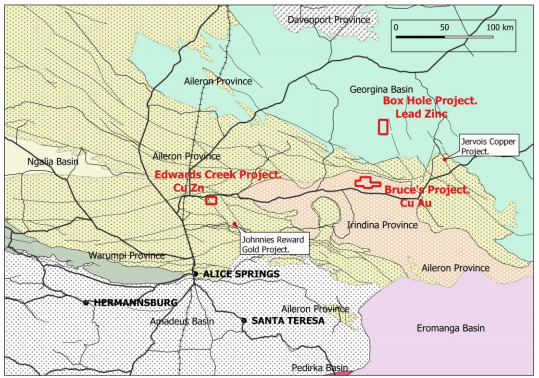 Historical drilling and assaying indicate the presence of substantial near surface mineralisation including: 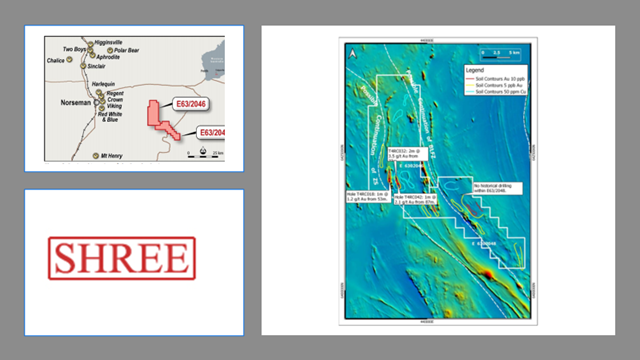 The drilling intersections include:

New Exploration License Application in the Neighbourhood of Golden Chimney

Shree Minerals acquired the exploration license application (E40/384), only 6 kilometres from the Shree’s Golden Chimney project in the neighbourhood of the developing Ulysses Group of Gold Mines.

Aberfoyle conducted the most comprehensive exploration program within E40/384 from 1995-1996 including an aeromagnetic interpretation, a soil and vacuum drilling and RC/RAB drilling program.

Here are the individual gold intervals, such as:

Upon granting of the prospecting licence P40/1354 with E40/378, Shree decided to consolidate the prospecting licence with the Gold Chimney project. The P40/1354 surrounds the historical gold workings, including the mining lease M40/09 (Lone Hand). The historical data reports processing of 358 kgs of ore with a grade of 2.08 g/t gold during 1983-84.

Further Shree recently concluded a RC drilling program at the Golden Chimney at the mineralisation in the south-west direction.

The drilling assays indicate that the gold mineralisation is open along the strike to the south. Induced Polarization survey may be used at the Golden Chimney on the pyrite altered mafic structures prior to the drilling program.

Exploration credits worth $600,000, Aimed to benefit Shree and its Investors

Shree recently succeeded to participate in the Junior Minerals Exploration Incentive and received an allocation worth $600,000 as of the exploration credits for the year 2021. The exploration tax credits can either be created by the company or can be distributed to eligible investors.

Shree Minerals owns 100% of the Nelson Bay River Project, which includes the Mining Lease 3M/2011, engaged in the mining of iron ore. Following the recent recovery in the iron ore prices, Shree plans to resume the mining operations and is currently seeking an environmental permit from the Tasmanian EPA.

Shree plans to complete the existing Direct Shipping Ore (DSO) pit through mining, processing and shipping of hematite ore. The DSO product is a low impurity, including alumina (Al2O3) at only 1.3%.