Southern Yamatji People are the Native Title claimants over the areas of the Arrowsmith North and Arrowsmith Central Silica Sand Projects.

VRX notified that COVID-19-driven regulations prohibiting movement in and out of Aboriginal communities and constraints on public gatherings substantially obstructed progress, presenting unique challenges for finalising the negotiation process. However, the Company constructively worked with Southern Yamatji Working Group and Yamatji Marlpa Aboriginal Corporation to reach the agreement.

Situated 270km north of Perth, the Arrowsmith Projects are well located adjacent to the Brand Highway and the Geraldton-Eneabba Railway, with a rail connection direct to Geraldton Port.

VRX has already released bankable feasibility studies for both the Arrowsmith Projects, with each of them demonstrating exceptional financial metrics. 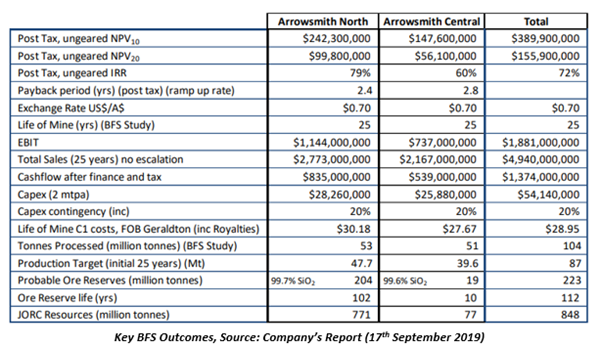 The negotiated terms of the Native Title Agreement outline a set of shared long-term objectives for the concerned parties and an array of measures created to attain those goals over the term of the Agreement. These objectives include:

As the terms of Agreement have been accepted, the Agreement will now be officially signed by all 12 individual Native Title Applicants, together with a separate State Deed between the Company, those individuals and the State.

Once fully executed, these documents will be lodged with DMIRS (Department of Mines, Industry Regulation and Safety) to conclude the grant of Mining Leases and associated Miscellaneous Licenses for Arrowsmith Central and Arrowsmith North.

Besides, the Company continues to work constructively with Yamatji Marlpa Aboriginal Corporation to finalise the formal execution of the Agreement as soon as reasonably possible given coronavirus restrictions in place.

The approval of Native Title Agreement terms has cleared the pathway for grant of Mining Leases for Arrowsmith Projects, which comprise five granted exploration licences and two mining lease applications pending. VRX observes the approval as another step forward towards its stated aim of becoming an international supplier of high-grade silica sand.