How are these ASX-gold stocks performing?

During the quarter, Sultan completed the acquisition of Colossus Metals and its gold and copper exploration tenements in the Central New South Wales. Sultan continued with the detailed mapping and sampling program at the Big Hill, Tucklan and Ringaroo porphyry/epithermal gold and copper prospects. 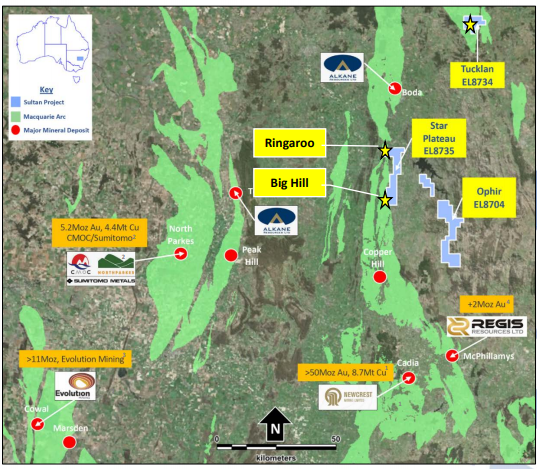 The field exploration work, including the soil and rock chip sampling program on the Big Hill and Ringaroo Porphyry Cu-Au deposit (EL8735) and the Tucklan epithermal prospect (EL8734) continued during the quarter.

The assay results for the Big Hill and Tucklan prospects were released during the quarter while the initial results from the Ringaroo were received recently subsequent to the June quarter.

Big Hill: The soil sampling along the western flank of the 6 kilometres long magnetic anomaly at the Big Hill prospect identified numerous geochemical anomalies with pathfinder signatures coinciding with the gold and copper mineralised samples and magnetic highs confirming the presence of large scale prospects.

The sampling program resulted in the discovery of two critical prospects including the Gowan Green and Big Hill. 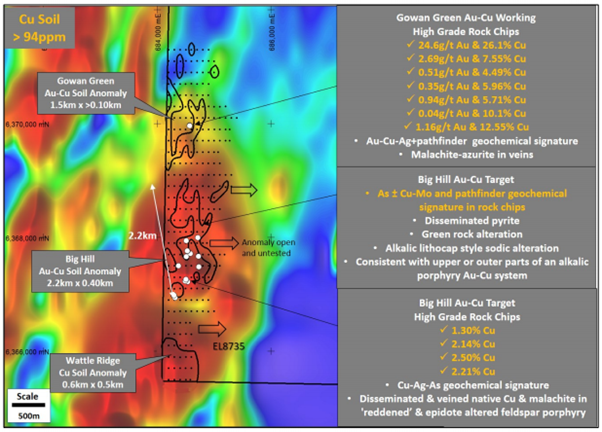 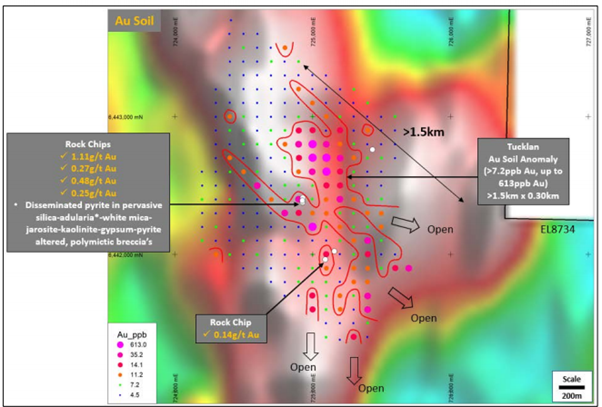 Earlier during the March quarter, Sultan completed a 991 meters 5 RC drilling program focussing on the gravity anomalies down dip and along the strike of the Challenger gold mineralisation discovered in 2019.

In April, Sultan received 4m composite assay results for the drilling program at the Lake Grace project. The results indicated numerous significant gold mineralisation intervals similar in thickness and tenor to the initial drilling campaign by Sultan in 2019. 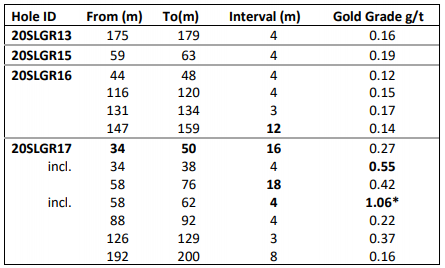 The assay results confirmed large scale gold mineralisation on a significant scale at the Challenger prospects. The drilling defined thick regions of gold anomaly and has extended the strike of the high-grade regions.

Sultan received the initial results of the soil sampling at the Ringaroo prospect in July. The soil sampling program targeted the N-S trending magnetic feature, which is interpreted to represent the Macquarie Arc intrusive complex similar to the Alkane Resources’ Boda discovery.

As for the activities at the other projects, Sultan updated that-

Thaduna – A follow up exploration program on the 2018 defined gold and base-metal aircore anomalies have been planned for 2020. Ground geophysical surveys and further shallow and deep drilling have been planned at the Thaduna project. The negotiations for land access with the traditional heritage groups are ongoing.

East Tallering – A follow up drilling program to test aircore and RAB gold mineralisation is planned. The negotiations for land access with the traditional heritage groups are ongoing.