The inaugural drilling program plans to test priority targets including Rockdale and Specimen Hill mining mines with Reverse Circulation (RC) drilling initially and diamond drilling during the program. The program targets the assistance of a geophysical investigation as well as investigate several prospects within the fecund historic gold workings in the region. 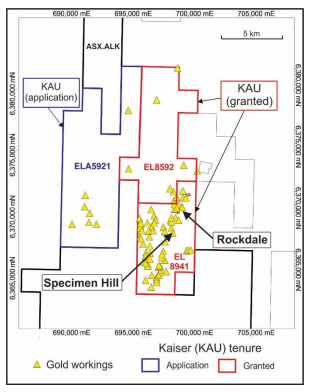 The Stuart Town project in the past has been subjected to minimal modern investigation since the historical gold mining commenced during mid 1850’s with the geological model and source of gold not extensively studied or updated even to date.

A Premium Gold Project in the World-Class Lachlan Fold Belt

The wholly owned Stuart Town gold project is located in the highly prospective Lachlan Fold Belt between the Alkane Resources Ltd (ASX:ALK) Boda discovery and Newcrest Mining Limited (ASX:NCM) Cadia Ridgeway operations in New South Wales. The Lachlan Fold Belt has been the talk of the town and features easily amongst the hottest gold exploratory grounds across Australia. 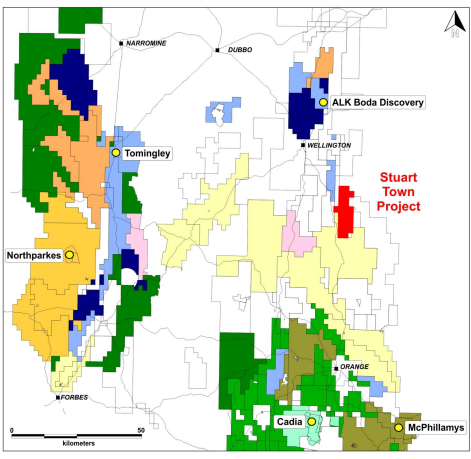 Kaiser’s Stuart Town gold project hosts one of the densest concentrations of historical mines with over 80+ such operations recording +170,000 ounces of gold. The historical mining centres with depths up to 228 metres operated along a strike length greater than 250 metres and is interpreted to be highly prospective for gold mineralisation.

Kaiser is committed to explore and develop its Stuart town and newly acquired Macquarie North projects in the Lachlan Fold Belt, creating value for its shareholders even during the dismal times of a pandemic.

Must Read: Kaiser Reef’s strong portfolio in LFB, Stocks up 80% since IPO