With Central Mine production-ready, Citigold (ASX:CTO) reports a robust quarter

Citigold Corporation Limited (ASX:CTO) continues to proceed with its technical research, analysis and financial evaluation in an effort to restart mining activities on the Central Mine at the Charters Towers. Yesterday, the Company released its quarterly report for the period ending 31 March 2022, highlighting its operational activities at the project.

So far, Citigold has invested over AU$200 million in the acquisition and development of its flagship Charters Towers Project. The Company believes that it’s a relatively modest and very efficient expenditure considering the size and quality of goldfields.

Citigold has invested significant time and resources over the years to develop a better understanding of reefs and devise the most effective mining method. The main challenge was an uneven distribution of gold over the tenement area. The historic average grade of 38 grams per tonne highlights that the deposit is very high quality and large.

Major highlights of the quarter

Restarting gold mining operations at the project relies heavily on the availability of sufficient capital funds. Currently, the Company is in advance talks with several investors who have shown interest in joining Citigold’s efforts to establish the company as a low-cost gold producer.

Citigold aims to build up production to 300,000+ oz gold producer in the five years. The project is currently ‘shovel-ready’, and the work will begin once funding is in place. 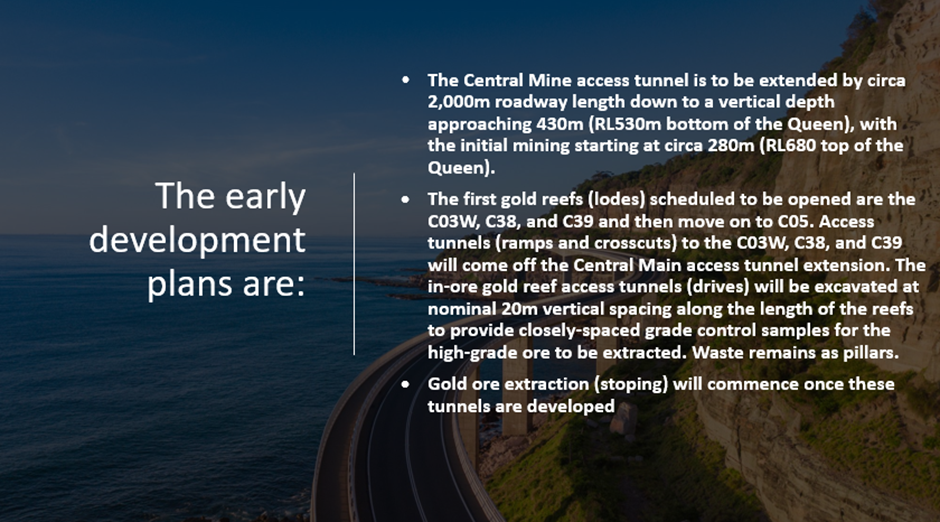 Citigold is planning to have up to 15 working areas underground (stopes) for ore extraction and ensure sufficient tonnage to meet the schedule.

Related read: Citigold embarks on a mission to emerge as a significant gold producer 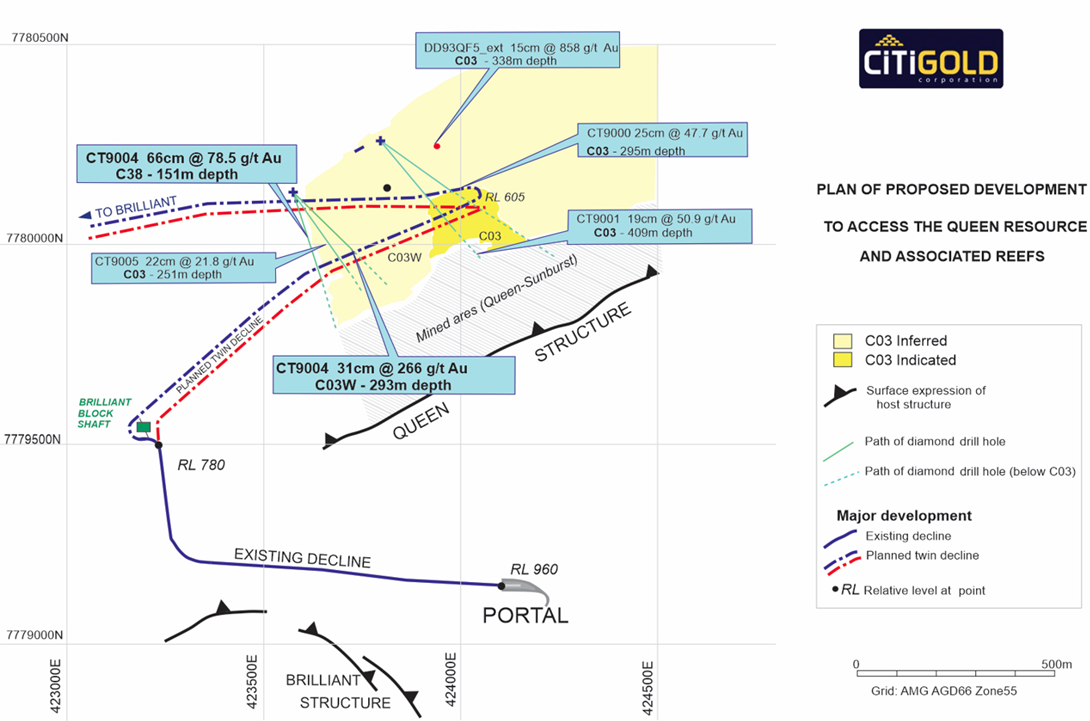 Citigold is planning the next leg of the regional exploration plan over the project area as the wet season is nearing an end. The Company’s field team will focus its exploration activities on the northern area. They will involve tracing the creeks upstream with further mapping and sampling of rock outcrops, float and soil samples. 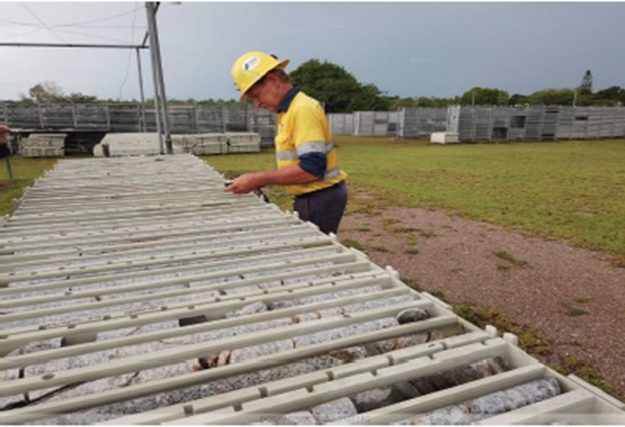 Citigold continues to optimise plans for an intensive exploration program. The current exploration program has already delineated priority areas for follow-up explorations. Core samples from mine sites from previous gold production test mining have been inspected by the technical team.

The Company will also implement the latest detection, modelling and imaging geophysical technology in its exploration operations in combination with diamond core drilling.

Citigold is holding finance discussions to advance the project into the production phase. The Central Mine is production-ready.