The persistent effort of the management and technical team seems to be closing in on potential discoveries across the Gold, base metals, and iron projects in the Yalgoo & Koolanooka Greenstone Belts in the Mid-West region of Western Australia.

Strategic land positions in the Yalgoo & Koolanooka Greenstone Belts comprise 8 ELs and 1 ELA stretching over an area of 567 km2. The wholly owned suite of mineral projects is considered prospective for gold, base metals, and iron in the Poorly explored jurisdiction with minimal modern exploration.

Yidby Gold: The next big gold mine in the making

The Yidby gold project in the southern part of the Yalgoo-Singleton Greenstone Belt comprises three exploration licences stretching over an area of 114 sq. km. The gold mineralisation appears to be associated with an NW trending anticlinal axis, and only a section of the delineated long prospective zone has so far been tested by drilling. A high-resolution ground magnetic survey is being undertaken to identify controlling fault structures.

Exploration progress so far: Recently, Surefire announced the completion of a 2,298m RC drill program to target numerous high-grade MMI anomalies and intersected broad quartz-carbonate-sulphide alterations. The samples have been shared for geochemical analysis and will be shared in due course. 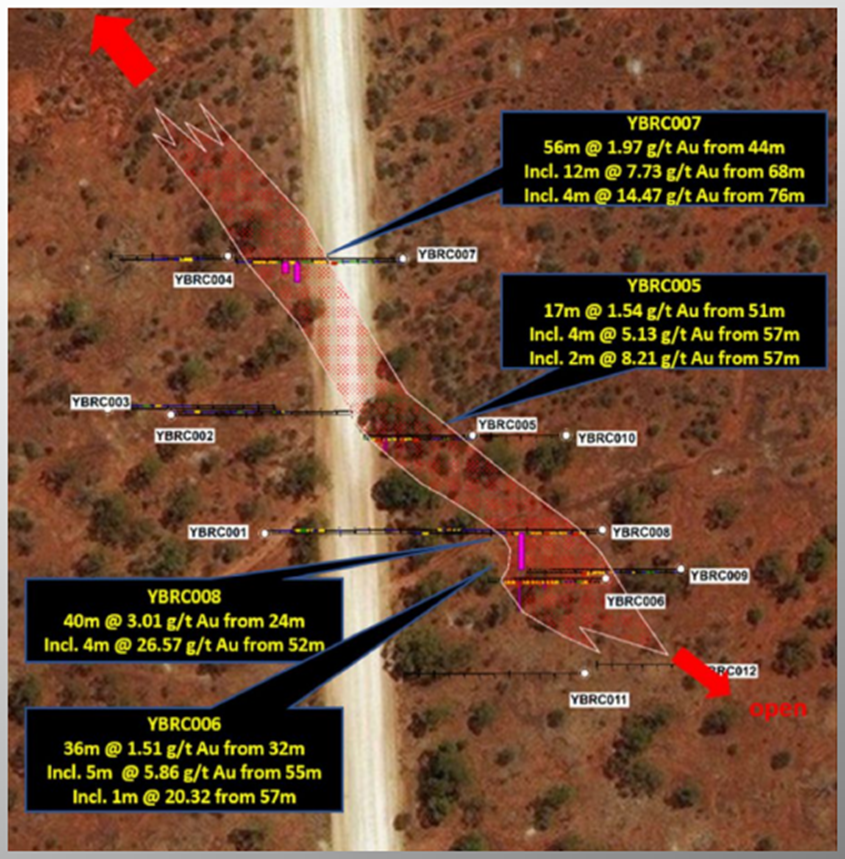 Drilling campaigns have so far intersected broad intersections such as 40m at 3.01 g/t Au from 24m. The gold associated with quartz veins in porphyry intrusions is interpreted to extend along the NW structural corridor. Furthermore, the mineralisation remains open along the strike and extends at depth.

Extensive potential to be unveiled - Surefire's pursuit does not end here, and the company is yet to assess the sub-parallel structural corridor at Cashens Find to the NE. Additionally, the extension of the Yidby Rd mineralisation to the northwest also remains untested. 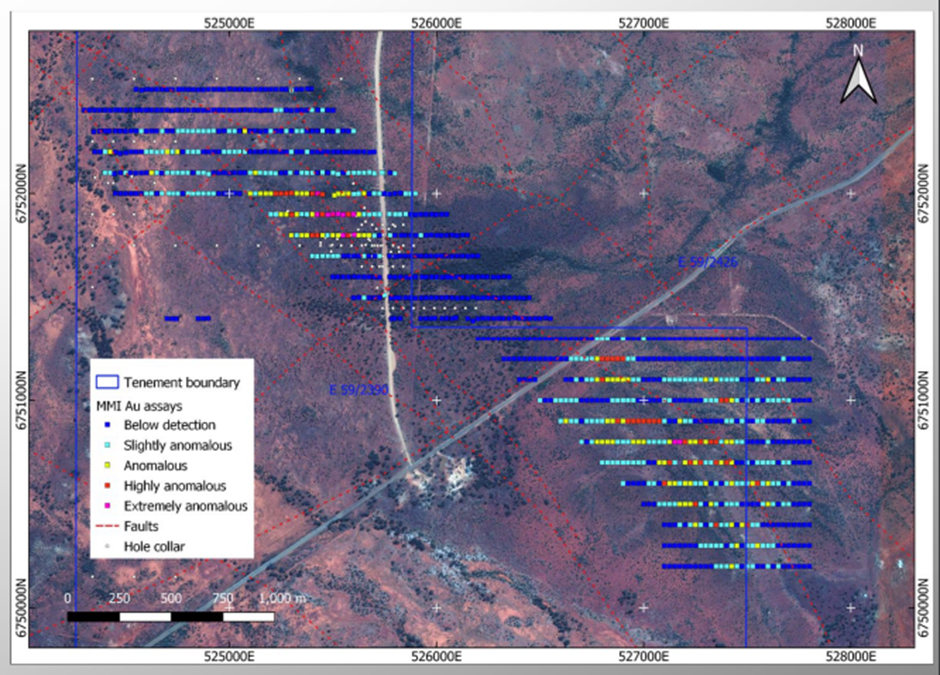 The Perenjori iron project holds magnetite resources in the proximity of the coast in the Mid-West. The mineral project is well connected to the Geraldton bulk commodities port by rail with existing power infrastructure in the neighbourhood.

The iron project includes over 47 kilometres strike of banded iron formation. So far, only a quarter of the interpreted strike has been drill-tested, and an inferred resource of 191.7Mt at 36.6% Fe has been estimated.

As many as 164 RC holes aggregating 8,107m have been drilled at the project. The Scoping Study outlined the project's potential to produce a premium product and is economical in today's market. 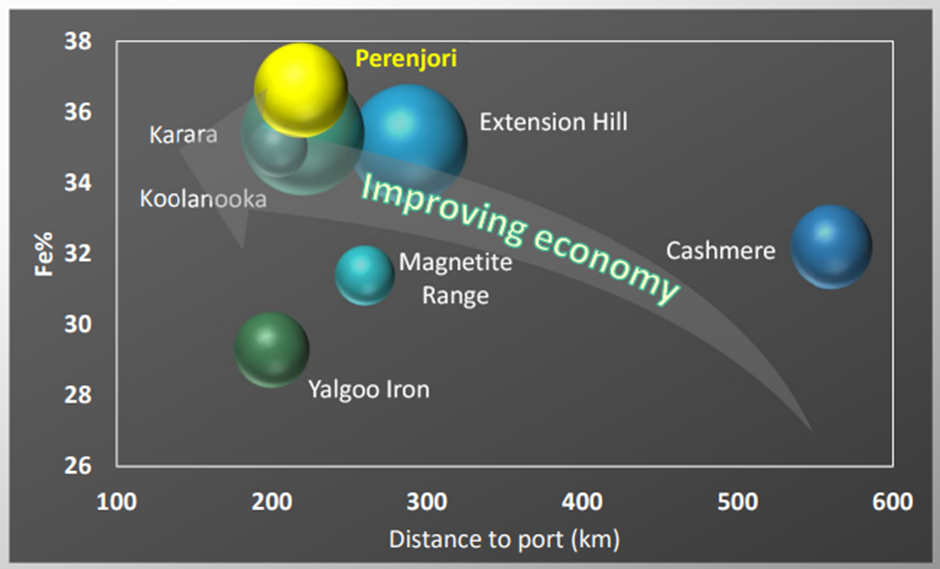 Mining operations for a bulk commodity incur huge transportation and logistics expenses. High head grades and established connectivity to the existing port give the iron project an edge by offering a natural advantage to minimise these cost buckets.

Historically, BLEG geochemical surveys delineated extensive areas with strong gold and arsenic anomalies. The project has been subjected to limited drilling activity in the past, with results up to 28m @ 0.72g/t gold bolstering the potential to host large-tonnage gold deposits.

The two exploration tenements at the Kooline lead-silver project stretches over 386 square kilometres. The project area covers a 50km corridor with the Baring Downs and Blair Faults, two deep crustal sutures in the Gascoyne Complex. In fact, the historical mining centres produced ores with 10% to 12% lead and 31 to 47g/t silver, the highest Pb-Ag mine in Western Australia. 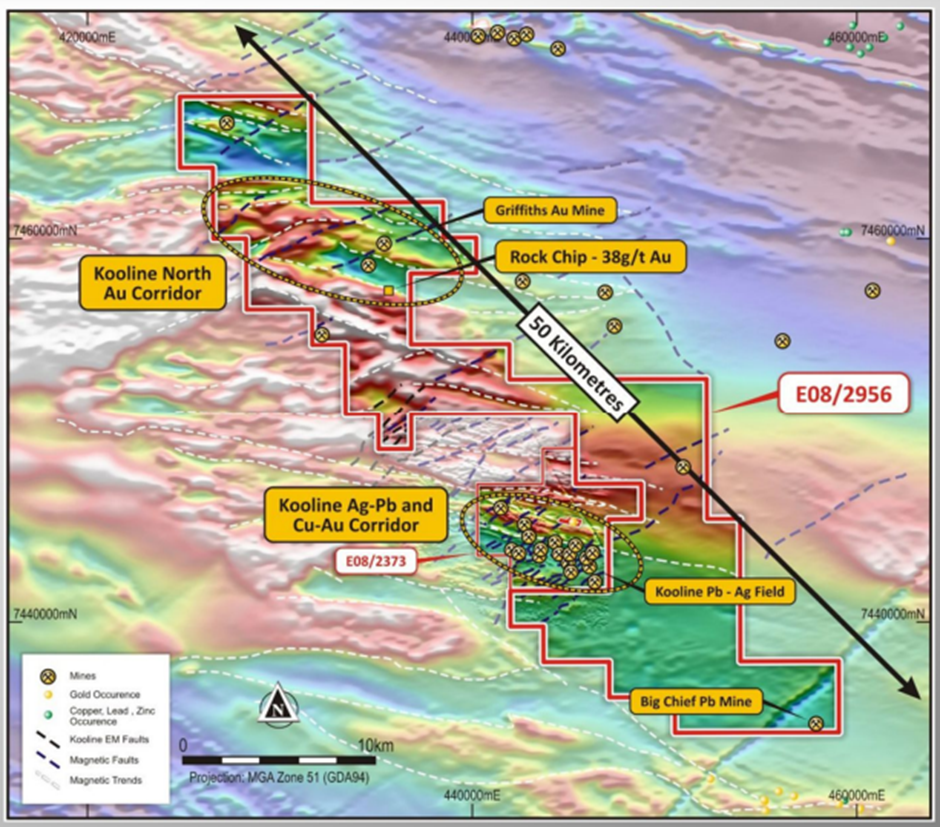 Surefire remains committed to unlocking the true potential of its portfolio projects. The company focuses on undertaking a systematic and focused exploration strategy for its projects. 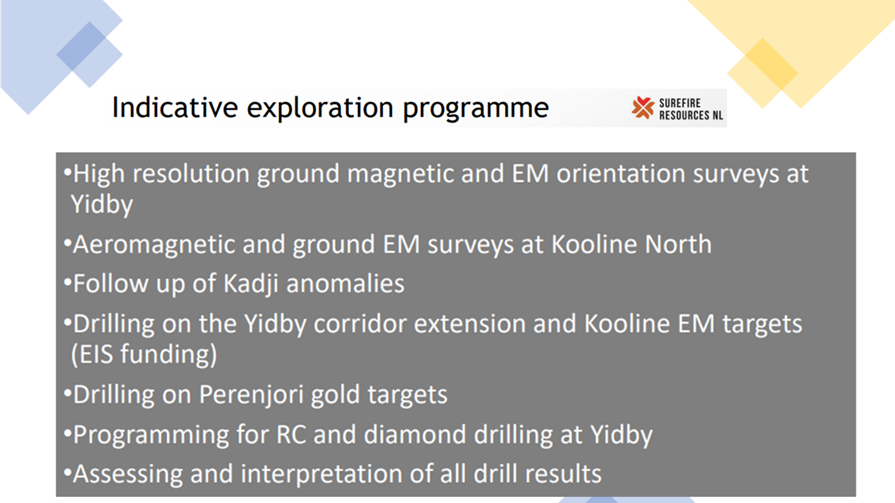 The company holds a strong financial cash position of AU$2.9 million with no debt liabilities and has been funding its exploration activities from its cash reserves. With a 23% shareholding by Surefire's management, the minerals exploration and development company are led by seasoned management with skin in the game.