Renegade Exploration (ASX:RNX) wraps up first round of drilling campaign at Lady Agnes

Renegade Exploration Limited (ASX:RNX) has successfully completed the first round of drilling program at Lady Agnes prospect. The drill rods tested priority oxide and sulphide target zones down to circa 300m on the prospect.

The drill samples have been collected and sent to the lab for assay results. Interpretation of the drill intercepts will be done once the assay result is received by the Company.

The initial field operations comprised soil sampling, rock chip sampling, mapping and interpretation of historical exploration data. The sampling program led to the delineation of a 100m copper strike on the Lady Agnes prospect. Drill targets were identified during these field programs. 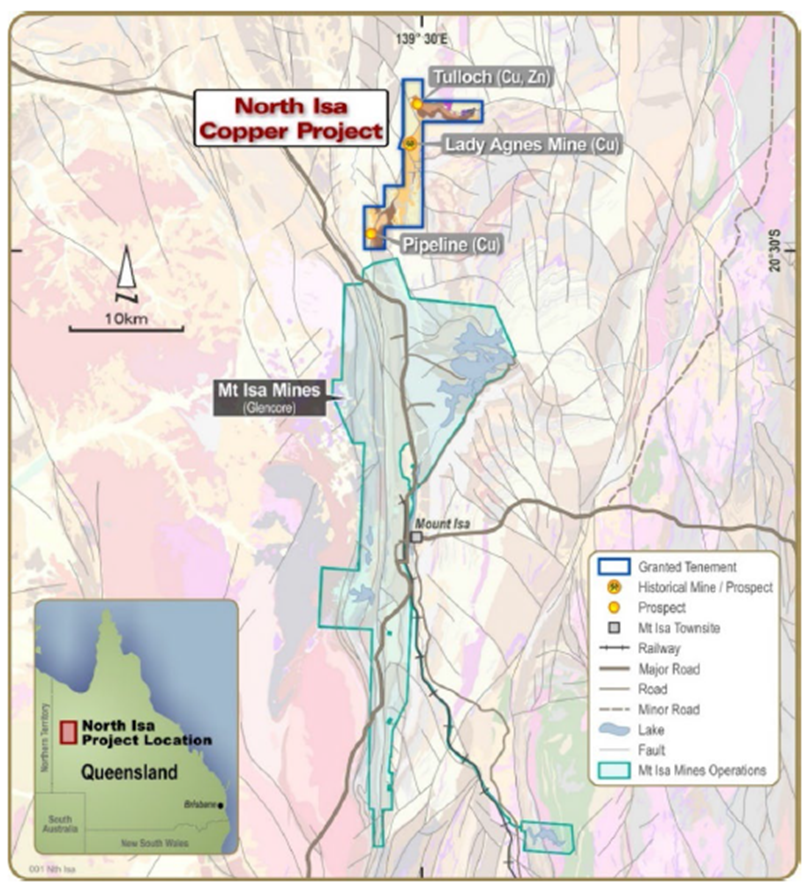 Renegade drilled five RC-holes on Lady Agnes prospect for a total depth of 1,234m. The drilling program was designed to test the extent of the copper oxide mineralisation and a historical induced polarisation (IP) anomaly over Lady Agnes.

Renegade drill tested these two targets, including the drilling of the untested upper limits of the IP signature. It took nearly two weeks for the drilling team to wrap up the operation and that too within budget.

Out of the five holes, three drill holes intersected the Eastern Creek Volcanic (ECV) group. One of the holes on ECV, LARC22-02, encountered substantial pyritic and graphitic shales. The copper associated with graphitic shale formation, also known as Breakaway Shale, is of particular interest to the Company and is common in this region.

The holes LARC22-03 and LARC22-05 intersected the Breakaway Shale, while LARC022-04 intersected the mafics, interpreted as the ECV group. The drilling program has improved the understanding of the ECV contacts.

The geology team has reported malachite, chalcocite, and sporadic chalcopyrite in the Black Shales near the contact with the ECV. 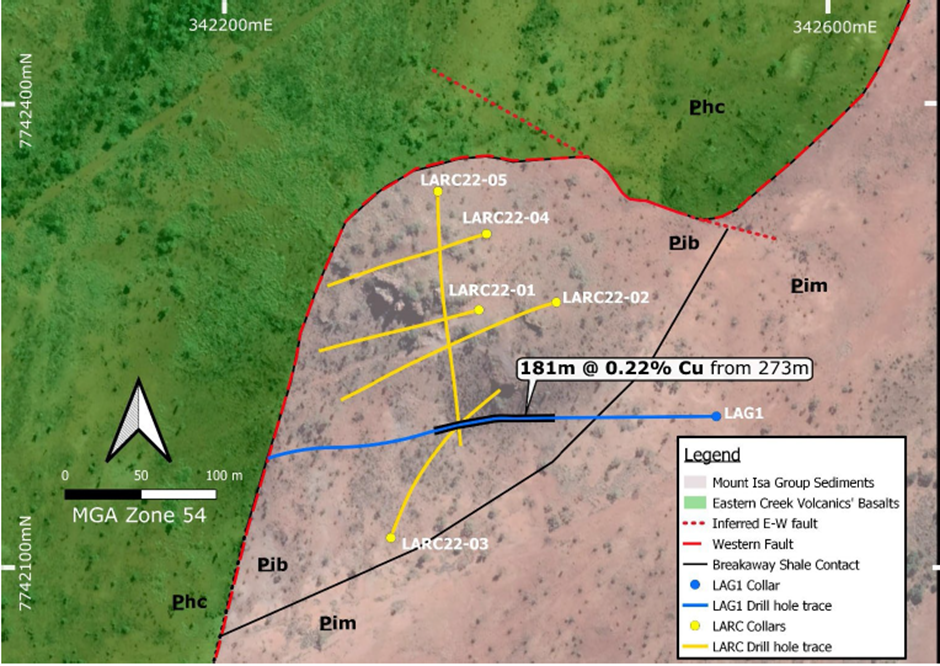 Renegade is planning to ramp up its exploration efforts at Lady Agnes. Drill hole LARC22-02 has been cased to enable the downhole electromagnetic (EM) survey, and plans are underway to carry out a gravity survey over Lady Agnes and Tulloch prospects.

The main objective of the future exploration works is to delineate targets for future drilling programs. The preliminary analysis indicates there is a strong correlation between the Breakaway Shales and copper mineralization, with the primary area of interest being contact with the ECV unit.