The drilling operation intersected priority oxide and sulphide targets on Lady Agnes up to the depth of 300m. Prior to the drilling campaign, RNX had undertaken a soil and rock chip sampling and mapping operation over Lady Agnes and Tulloch Prospects in April 2022. The initial field investigation has delineated a 100m strike at the Lady Agnes Prospect. 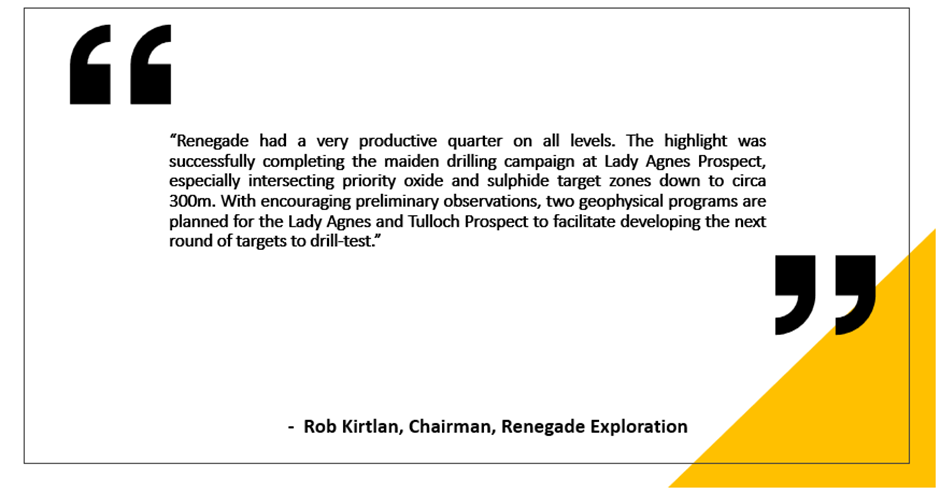 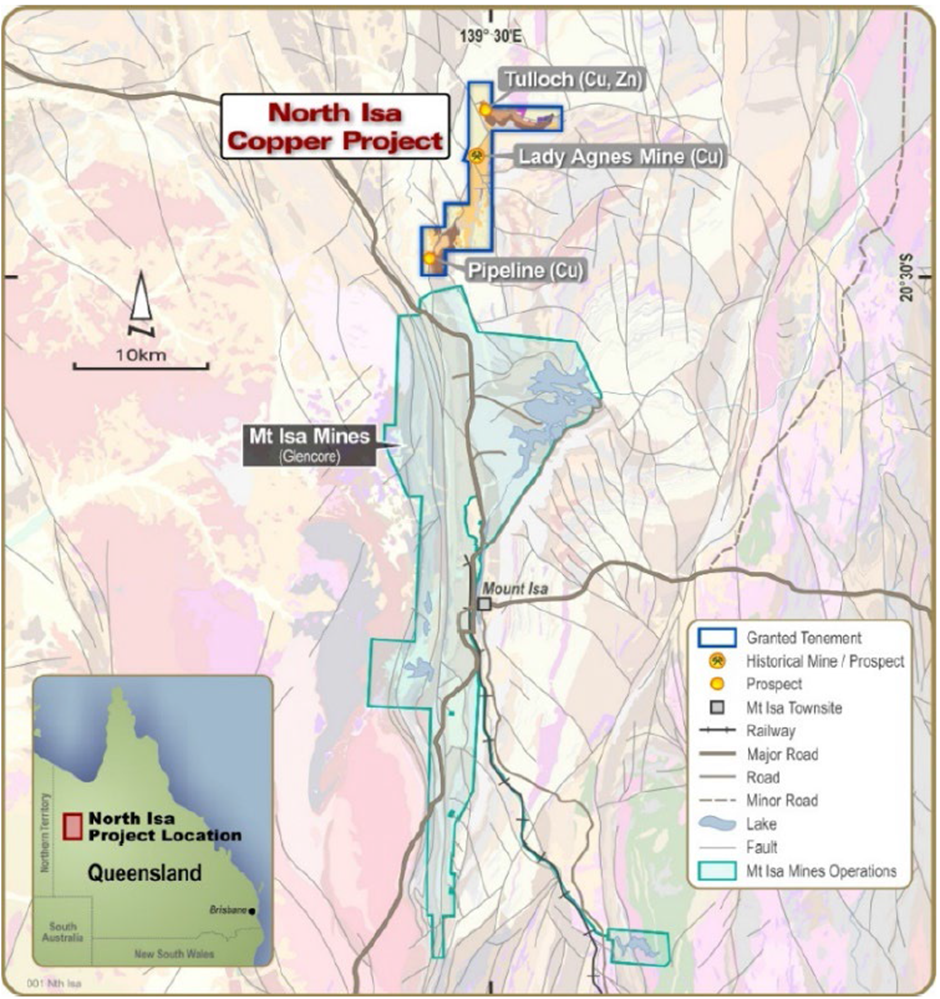 Out of the five drill holes, three intersected the Eastern Creek Volcanic (ECV) group. The hole LARC22-02 intercepted substantial pyritic and graphitic shales. Holes LARC22-03 and LARC22-05 encountered Breakaway Shales, which are known to have copper mineralisation associated with graphitic shales and are common to this region. 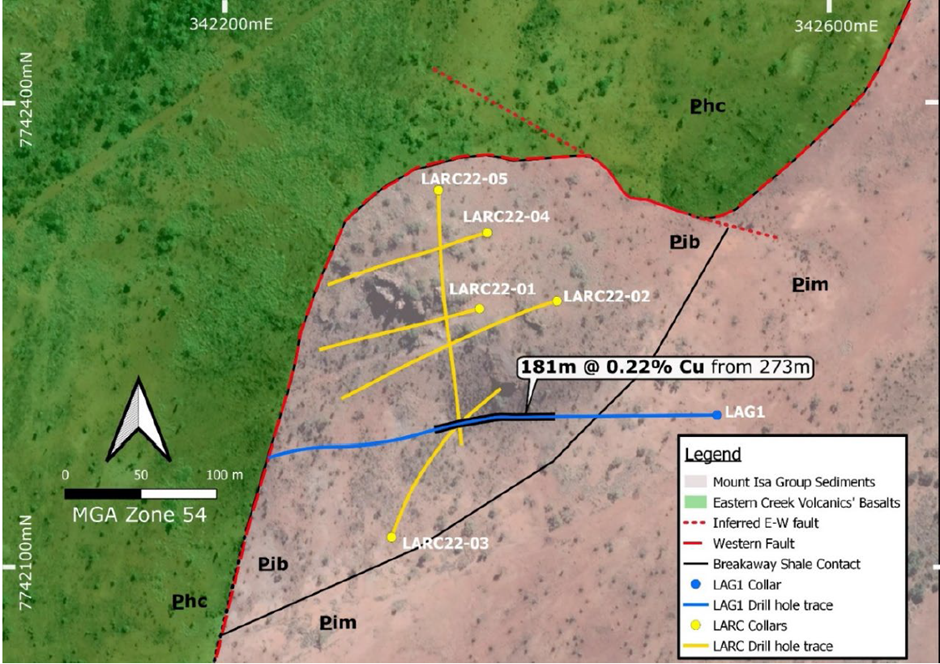 The drill hole LARC22-04 drilled through the mafics, which is interpreted as the ECV group and indicates the presence of subsidiary shear off the main NE-SW ECV contact structure.

Renegade’s geology team reported the presence of malachite, chalcocite and sporadic chalcopyrite in the Black Shear near the contact zone of ECV. Also, the drilling operation has helped to better define the ECV contact.

Renegade has cased the drill hole LARC22-02 to conduct a downhole electromagnetic (EM) survey, and planning is underway to carry on a gravity survey over Lady Agnes and Tulloch. RNX has reasons to believe that there is a strong correlation between copper mineralisation and Breakaway Shales. The company’s primary area of interest is currently the contact zone with the ECV, and these works could result in a better understanding of incremental drill targets located at a depth of more than 50m and away from the Lady Agnes outcrop.

Progress on the Carpentaria JV Project

Renegade holds strategic interest in the Carpentaria Joint Venture Project in Queensland. The project is operated by Mt Isa Mines, a wholly-owned subsidiary of mining behemoth Glencore, and RNX holds a 23% interest in the JV project.

Renegade reported a cash balance of AU$531,000 as at the end of 30 June 2022, . The company incurred an exploration expenditure of AU$142,000 over the North Isa Project and spent another AU$20,000 as a joint venture obligation in the Carpentaria JV.

During the quarter, RNX issued 10 million shares to Sovereign Metals ltd as the second tranche payment for purchasing the interest in the Carpentaria Project.