In an exciting update, Prescient Therapeutics (ASX: PTX) has announced that it has been granted a key US Patent for its OmniCAR portfolio "SpyCatcher and SpyTag: Universal Immune Receptor For T Cells". This patent will provide protection in the world’s largest healthcare market, the US.

Prescient is a clinical-stage oncology company having a pipeline of universal Chimeric Antigen Receptor (CAR)-T and targeted therapies against cancer. 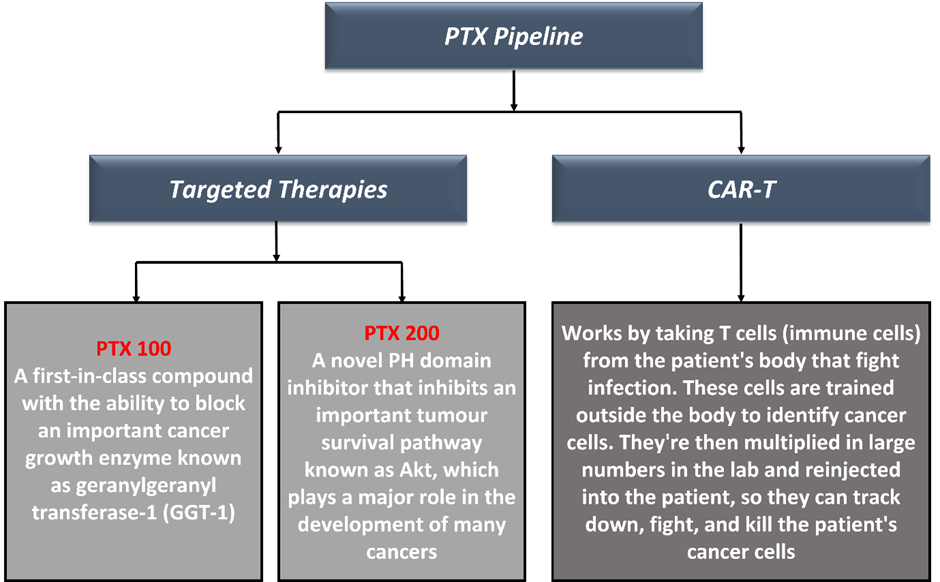 OmniCAR is a universal immune receptor (UIR) platform creating controllable, adaptable, and flexible next generation of modular cell therapies. The major component of the OmniCAR platform is a two-part covalent binding system – called SpyTag and SpyCatcher – which enables modularity. It was developed and licensed by Oxford University.

The University of Pennsylvania applied the novel binding system to cell therapy, described in the patent, which has been exclusively licensed to Prescient. The patent safeguards the molecules currently being developed by Prescient for use in the OmniCAR platform until at least 2039.

According to Prescient, OmniCAR is the only UIR system currently known to use covalent binding, a highly powerful chemical bond. As compared to alternative strategies that rely on weaker, transient binding, OmniCAR's covalent binding of UIRs gives several significant advantages, including higher efficacy, control, and the capacity to pre-arm T cells. 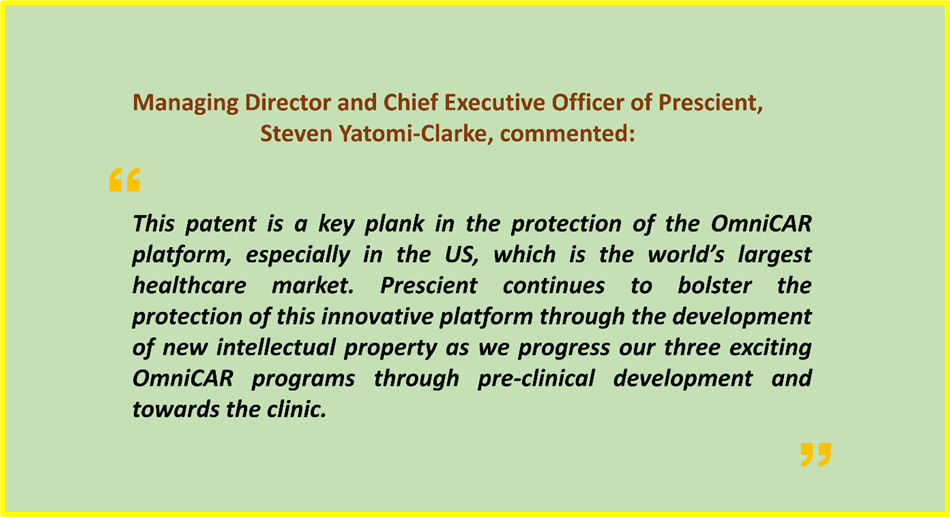