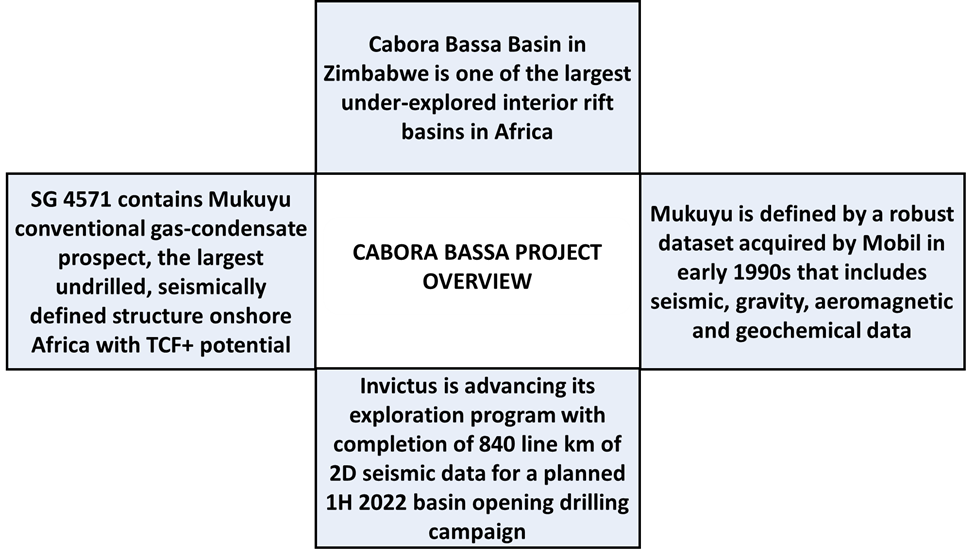 Invictus has received three farm-in offers for the Cabora Bassa Project. This includes an updated bid from Cluff Energy Africa (CEA). In March 2022, the Company had  granted CEA’s request to extend its farm-in option expiry and submit an updated binding offer.

Now that three farm-in offers have been received, Invictus is involved in the following, ahead of the upcoming two well drilling campaign-

An important step for the upcoming two well drilling campaign, the Mukuyu-1 (formerly named Muzarabani-1) wellpad construction has finally began. This follows the completion of the well site survey and award of the civil works and construction contract.

On 26 April 2022, cultural ceremonies were held by Traditional Leaders from the Muzarabani and Mbire Districts at the well site.

With these progresses amongst many others, Invictus’ plan seems well underway to commence a 2-well drilling program in June, including the Mukuyu-1 well targeting 8.2 trillion cubic feet and 247 million barrels of conventional gas-condensate, and maturing additional prospectivity to drill a second well in the basin margin play.